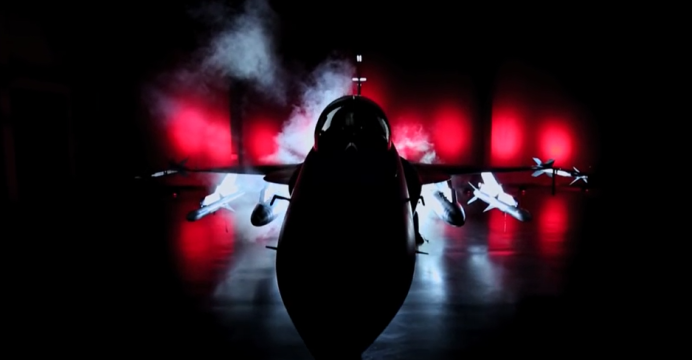 Monday’s article took a look at how the F-16 will continue forming an integral piece of the Pakistan Air Force (PAF)’s modernization roadmap, at least for the next several years (up to 2020). Today’s piece will review the JF-17 and its role in forming the mainstay of the PAF fighter fleet, not only in terms of the upcoming Block-III, but beyond as well. We will also take a look at how the PAF’s next-generation fighter plans will move forward, especially with regards to the eventual need of replacing the F-16A/B airframes.

The JF-17 is the PAF’s emerging mainstay fighter. One of the central aims of the JF-17 program is to widely diffuse modern air warfare capabilities, such as beyond-visual-range air-to-air warfare and precision air-to-surface strike, to the entirety of the PAF fighter fleet. At present, the PAF is busy with the induction of the Block-II, which offers numerous improvements (namely in terms of on-board avionics) over the Block-I. As of today, the JF-17 is in use with three operational fighter squadrons (No. 2, No. 16 and No. 26).

The next developmental milestone will center on the much anticipated Block-III, which is expected to incorporate an AESA [active electronically-scanned array] radar, HMD/S [helmet-mounted display and sight] system, and potentially even IRST [infrared search and track]. For an understanding as to how these specific subsystems will benefit the JF-17, be sure to refer to Quwa’s previous articles (here and here). But in general terms, the integration of these subsystems will offer a significant overall boost to the JF-17, especially in terms of its capacity to operate in dense electronic warfare (EW) environments.

With the JF-17 in mind, one might ask why the PAF is still looking towards the F-16. When looking at this question (which is valid), there are several issues to keep in mind. First, the PAF has seemingly earmarked a relatively large number of legacy F-7s and Mirage III/5 for retirement by 2020. At a present production-rate of 16 aircraft per year, and that too with no guarantee of an increase in the short-term (given Pakistan’s structural economic problems), the JF-17 alone will not be able to support the PAF’s short-term acquisition needs.

Unfortunately, acquiring aircraft off-the-shelf from abroad is also not an option. Simply put, the PAF does not have the financial bandwidth to easily induct another platform, and it will not commit to the J-10 when in reality is simply another medium-weight fighter. In other words, if it were to invest in another platform (in the short and medium-term), it will have to be something that offers a significant capability boost to the current fleet. Besides a handful of new-built F-16s, the PAF will pursue used F-16s via the Excess Defence Articles program and from third-party air forces. If not upgraded, these used F-16s could be had for a very low cost. The PAF would simply need these airframes to quickly replace aged F-7s and Mirages, i.e. plugin quantitative short-falls and serve as a stopgap until a sufficient number of JF-17s are built.

It is important to understand that the Pakistan Aeronautical Complex (PAC) and the PAF will continue developing the JF-17 over the long-term, well beyond 2020. In other words, while the PAF may not acquire more than 150 JF-17s by 2020, it will acquire a significant number – potentially 250-275 – over the lifespan of the design. Moreover, JF-17 production will continue to be done through “blocks” whereby future batches will be developed in accordance with the technological trends of the day. For example, the Block-III is poised to embrace today’s mainstreaming of AESA radars, a future Block-IV could adopt shifts specific to post-2025. The PAF may even attempt a re-design of the airframe with the aim of increasing the JF-17’s range, payload, and survivability, much like how Saab re-designed the Gripen into the Gripen NG [Next Generation], or Lockheed Martin with the F-16A/B, which was evolved into the F-16C/D.

In time, the F-16s – especially the original Block-15s acquired in the 1980s – will need to be replaced. The PAF’s next-generation fighter program will likely be aimed at coinciding with that event. At this stage, the PAF will most likely pursue the Chinese FC-31, especially from the standpoint of controlling costs, by-passing possible problems with Western vendors, and having the maximum possible flexibility in influencing the design of the platform. Although China did present a proof-of-concept through the J-31 prototype, the FC-31 is still in the infancy of its development. In fact, during the 2015 Dubai Air Show, AVIC announced that it was seeking a partner to help fund the program.

With replacing the F-16 in mind, the FC-31 could basically emerge as the PAF’s next mainstay medium-weight fighter. The twin-engine configuration and potentially larger airframe could enable the fighter to take on a very powerful sensor-suite, i.e. high-powered AESA radar, integrated IRST, and electro-optical targeting system (EOTS – an integrated targeting-pod for air-to-ground missions). The airframe may even be able to incorporate a relatively powerful EW suite, which would allow the FC-31 to serve as a stand-off jammer against radars and communications equipment. In addition to serving as a good multi-role fighter, its internal weapons-bay as well as low-observability design could make the FC-31 a highly effective stand-off strike platform as well.

The PAF’s modernization objectives could be seen into stages. First, the 2020-milestone, by which many serving F-7 and Mirage fighters will be retired. Given the limited time and resources available, the PAF is of the view that it would need to supplement the production of JF-17s with purchases of new and used F-16s. The second stage, i.e. after 2020, will see the continued development and induction of the JF-17, and eventually, the introduction of a next-generation fighter, such as the FC-31.