Overview of the E-8 JSTARS and its Possible Successor
February 18, 2020 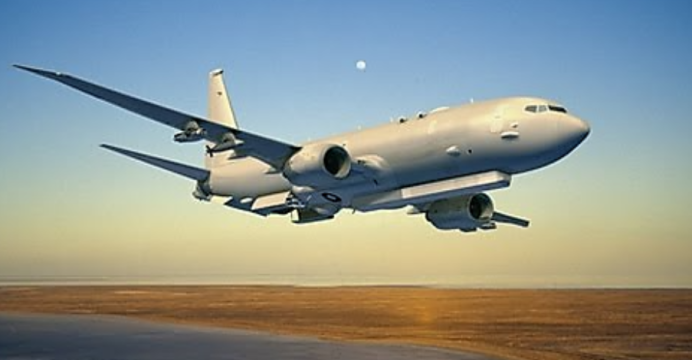 Overview of the E-8 JSTARS and its Possible Successor

It has been a rocky road for the U.S Air Force (USAF) and U.S Army’s current Boeing 707-based E-8 Joint Surveillance Target Attack Radar System (JSTARS) ‘replacement’ program, and it will likely remain so for the foreseeable future. If you are not familiar with this platform, then a good start to understanding it is to consider the JSTARS as an integrated airborne solution designed to observe and manage a battle occurring on the ground.

It does this is through the use of a powerful and highly capable radar that is paired with a suite of on-board electronics equipment. In turn, these enable the aircraft to “fuse” the sensor data received from the ground and diffuse that information in high-fidelity back to friendlies on the ground. If you are familiar with what an Airborne Early Warning and Control (AEW&C) aircraft is, then you can consider the JSTARS its land-centric equivalent in the sense that it enables one’s land forces, e.g. troops, armour, artillery, etc to possess considerable situation awareness of the area, especially in terms of the movements of the enemy.

To put it in practical terms, imagine Country A using a JSTARS-like asset to track Country B’s movements during some border war over a disputed mountainous region: Upon finding out that Country B is setting up artillery posts along some key hills, Country A can both alert its ground forces in the area to be prepared as well as dispatch its aerial assets to strike those posts using precision-guided bombs (PGB). Meanwhile, on the border of ‘South Province’, Country A’s JSTARS asset is able to discern the nature of an enemy’s armour movements whereby B is concentrating in one area more so than another, despite prior beliefs to the opposite; by alerting its land forces in the area, Country A can meet the threat accordingly, as well as support its ground forces during the decisive battle itself.

A few months after its border war with Country B, Country A gets hit by another nationalist insurgency in ‘Southwest Province’; the JSTARS can be used to support special operations forces (SOF) operatives in a hilly area against insurgents. In the midst of the battle, the JSTARS is able to identify the area from which the insurgents are flanking the SOF team, a fighter (or light close air support aircraft such as the AHRLAC) unit is deployed to neutralize that position.

One of the salient facts to acknowledge in regards to the JSTARS is that it is an integral asset for state-to-state warfare as well as counterinsurgency (COIN). The JSTARS offers users to capability to engage in real-time surveillance at stand-off ranges – i.e. at distance from enemy threats. For powers that actually lack readily available access to military-grade satellite imagery altogether, a JSTARS-asset could certainly boost their long-range real-time surveillance capabilities. The U.S used the E-8A in 1991 as part of Operation Desert Storm for tracking Iraqi armour and even Scud missile formations. The JSTARS platform has since been an indispensable asset for the U.S in its numerous overseas operations from Bosnia and Herzegovina to Afghanistan and Iraq again

The value of the JSTARS has widely been acknowledged outside of the U.S. The Royal Air Force employed a similar platform through the Raytheon Sentinel. Sweden’s Saab has also sought to emulate the concept through its own technology and platform offering, i.e. the Swing Role Surveillance System (SRSS), and has been marketing it the global defence market (with the United Arab Emirates being the first SRSS customer). I do not think it will be long before we see the concept emulated and adopted by others, especially as export-oriented solutions such as the Saab SRSS enter the market.

The E-8C, i.e. the current JSTARS asset in use by USAF, is based on the Boeing 707 airliner and it fields a Northrop Grumman AN/APY-7 phased array radar. The radar is the primary system by which the JSTARS is able to engage in surveillance as well as fixed and mobile target identification and classification. The information is processed and further managed by 17 onboard operators; the JSTARS’s voice and data communications suites enable the onboard operators to convey key information to ground-based command and communications (C2) stations. For the specific details, Airforce Technology has a solid overview of the key components involved in the E-8C, I recommend that you take a look for an in-depth understanding of the JSTARS’s subsystems.

The E-8 system has been in active service since 1991 and USAF initially slotted it for replacement under the JSTARS Recapitalization Program. The primary motivator behind replacing these units is the reality of the Boeing 707 airframe itself, it has aged and has become a maintenance issue. Moreover, strides in radar technology have led to the reality that a new JSTARS system would offer substantially improved capabilities, especially in terms of surveillance and target identification (Defense Industry Daily). USAF launched the initiative to replace the E-8s in August 2015, but by late September, the Pentagon refused to let the program move onto the next phase of the acquisition roadmap; it basically “sent the Air Force and industry partners back to complete additional work on the program” (Defense News).

Some analysts, such as Teal Group’s Richard Aboulafia, noted that the diverse implementation concepts proposed by the industry may have contributed to the Pentagon’s current aversion to the program (Defense News). For example, one has Boeing offering a version based on the 737 (the base platform used for the Wedgetail AEW&C and P-8 Maritime Patrol Aircraft or MPA), but Gulfstream and Bombardier are proposing solutions based on their comparatively smaller executive jet platforms (AeroWeb). It is possible that once USAF settles on a more specific design concept and the industry aligns to those requirements, we will see the Pentagon push forward.

Of the platform proposals in question, I would be surprised if the Boeing 737-based JSTARS is not at least shortlisted to the top. For one thing, the Boeing 737 is the platform for the fairly popular Wedgetail AEW&C, which uses an active electronically scanned array (AESA) radar developed and produced by Northrop Grumman. The Wedgetail AEW&C is in use by Australia, Turkey and South Korea, with Qatar in the pipeline with confirmed orders. Not only is Northrop Grumman evidently familiar with the aircraft, but the combination it has offered in conjunction with Boeing seems to a credible package considering that some of America’s closest major allies have adopted it.

Elsewhere, the U.S Navy is using the Boeing 737 in the form of the P-8 Poseidon Maritime Patrol Aircraft (MPA). Having won export orders from India and Australia, the Poseidon – like the Wedgetail – has proven itself to be a credible package, including the maritime space where it is capable of not only surveillance, but also anti-ship warfare (AShW) and anti-submarine warfare (ASW). It is not often that we see a single aircraft demonstrate its worthiness as a standardized platform for such varied roles. In fact, Boeing actually offered a JSTARS successor in the form of the P-8 Aerial Ground Surveillance (AGS), which was proposed with a Raytheon AESA radar in 2010! Granted, USAF has its specific needs to cater for, so there is no guarantee that the Boeing 737 would be selected as the base platform, but I am inclined to believe it is a frontrunner given that is a proven military-use aircraft.

Like the E-8 before it, I am not sure the new JSTARS (if it comes to fruition) will necessarily be on the export market, but I made a note about some off-the-shelf options that offer JSTARS-like functionality to air forces around the world. In the long-run, I am curious to see to what extent we would see discrete JSTARS-like aircraft. Saab’s SRSS offering has demonstrated that it is possible to bind an AEW&C (already in the hands of many air forces) with the intelligence, surveillance, target acquisition and reconnaissance (ISTAR) components necessary for an aircraft to serve as a ground surveillance and battle management asset. Could others, such as China, Japan, South Korea, Turkey, Australia, India, Pakistan, etc, simply upgrade their AEW&C systems down the line to include ISTAR components (e.g. a secondary radar under the fuselage)? Or perhaps could we see considerable investment in large high altitude long-endurance (HALE) unmanned aerial vehicles (UAV) to carry the task?