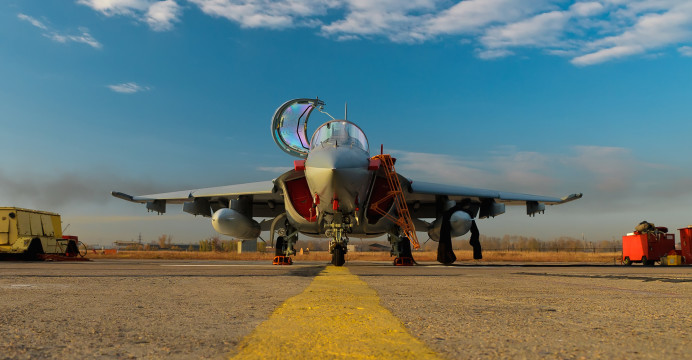 The Bangladesh Air Force (BAF) will receive the first 6 of its 16 Yakovlev Yak-130 advanced trainers from Russia on September 17 (RBTH). Bangladesh ordered the aircraft in January 2014 in a contract that was originally supposed to include 24 aircraft, but due to financial constraints, the order was reduced to 16 (IHS Jane’s 360).

The Yak-130 is an advanced jet trainer (alternatively known by some as a lead-in fighter trainer or LIFT) produced by Yakovlev. It was originally a joint-program between Yakovlev and Italy’s Aermacchi, and it saw its first flight in April 1996. While the Yak-130 was designed to prepare pilots for modern multirole fighter aircraft such as the Su-35 (among many others), it is also a capable combat aircraft in its own right. With a maximum payload of 3000kg (UAC) and 7-9 hardpoints (UAC) can be equipped for precision air-to-surface strikes as well as short-range air defence duties (using within-visual-range air-to-air missiles or WVRAAMs).

Given the relatively large number of Yak-130s on order (16 plus a possible 8 if brought to original fleet requirements), it is possible that the BAF is acquiring the Yak-130 to serve as a trainer as well as combat aircraft. The BAF has 8 MiG-29s and 49 F-7s (a modern Chinese variant of the venerable MiG-21) of various types in service (Flight Global Insight World Air Forces 2015). Given the investment needed to induct new aircraft types, it is possible that the BAF’s Yak-130 fleet will grow substantially in the coming years, and possibly even replace some of the F-7s currently in service.

That said, the Bangladesh Air Force does have a requirement for modern fighter aircraft to supplement its existing MiG-29 fleet. Given that the BAF does operate the MiG-29, and thus possesses the necessary maintenance and operations infrastructure, it is possible that the MiG-29 (or a variant such as the MiG-35) are the primary forerunners for this requirement.