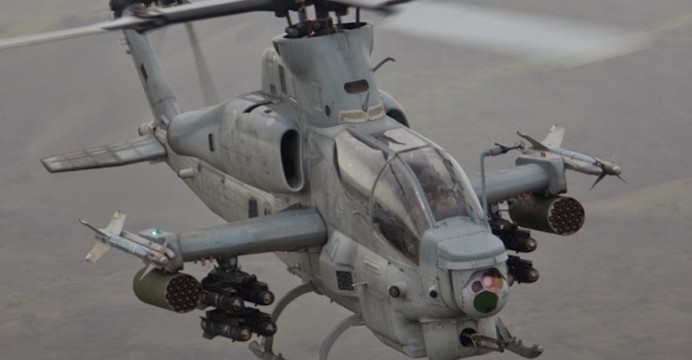 In April the U.S Defense Security Cooperation Agency sent Congress a request to approve a near $1bn US sale involving AH-1Z ‘Viper’ attack helicopters and 1000 AGM-114R Hellfire II missiles to the Pakistan Army. Around this time the Pakistan Army also voiced its intention to buy a number of Mi-35 “Hind” attack and transport helicopters from Russia. With the U.S Department of Defense signing Bell Textron onto work on a Pakistani program, ostensibly the AH-1Z, and Pakistan formally ordering 4 Mi-35s, it seems both programs are now underway.

Both programs are significant. In the backdrop of the War on Terror and the subsequent operations in the Federally Administered Tribal Areas (FATA) and North/South Waziristan, the Pakistani attack helicopter fleet had taken on a central role in the Pakistan Army’s (PA) operational undertakings. At present the mainstay of the PA’s attack helicopter fleet is composed of AH-1F/S Cobras, but these are old and now very heavily used airframes, and as a result, are due for replacing in the medium-term (if not sooner).

The AH-1Z program is probably going to be one of the most significant and high-profile programs in the PA’s history. We are not looking at barebones hardware here, but truly advanced platforms capable of supporting both internal security and external threat scenarios. The Hellfire-R missiles the PA is buying are multi-purpose missiles designed for destroying bunkers, buildings and armor. The AH-1Zs that the PA is getting will come equipped with modern electronic countermeasure systems as well as Top Owl-based helmet mounted display units (for the pilots). This is a huge capability upgrade compared to what the PA is currently operating (i.e. Cobras with wire-guided TOW missiles).

I expect the current order of 15 to be an initial batch, there will probably be more bought over the next few years. In parallel, the PA is also working to induct 4 Mi-35 attack and transport helicopters from Russia. Whereas the AH-1Z would serve as a dedicated attack platform, the Mi-35 would serve as the nucleus of the Army’s air assault forces. These units would support Mi-171s carrying special forces operatives and light commandos (i.e. specially trained and equipped regular infantry) in and out of hot-zones whilst also providing cover and engaging targets. It is expected that the Army would induct a total of around 20 Mi-35s.

With all of this in mind, there is one loose variable, and that is the Chinese WZ-10. It was reported that China transferred 3 WZ-10s to the PA for platform assessments, and it is unclear exactly what has become or is expected from that program. Was it a pressure tactic to get the Americans to sell the AH-1Z? Is it seen as something that could be inducted in parallel with the AH-1Z? I imagine we will found out in the coming months, but I do think it is important that the Army secure a hedge against the AH-1Z, especially if it intends to utilize attack helicopters against external state-based threats, such as the Indian Army.