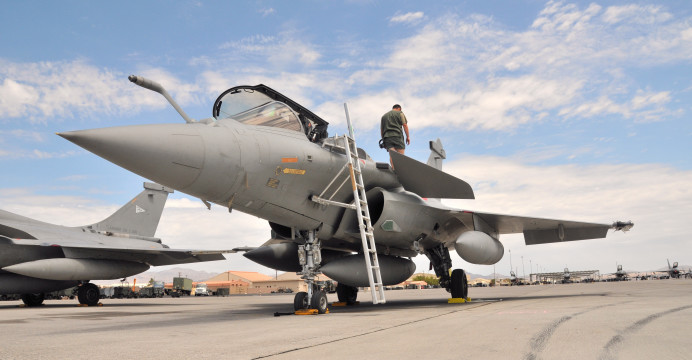 It is not an understatement to state that India’s Medium Multi-role Combat Aircraft (MMRCA) program has been a very long and arduous journey for the Indian Air Force (IAF), the Indian Government, and the many suppliers (particularly France’s Dassault) looking to win the very lucrative deal.

The MMRCA program was set in 2001 when the IAF announced that it would require 126 advanced medium-weight fighter aircraft. In 2012 the Dassault Rafale was selected as the winner of the program, and negotiations between Dassault, IAF and Indian Government commenced. But in June 2015 the entire program fell through as a result of successive disagreements over costs and liability. In the end the IAF announced that it would acquire 36 Rafale aircraft off-the-shelf. Unfortunately for the IAF, even this deal is beginning to slow in the face of disagreements over cost.

While there is no doubt that the Dassault Rafale (like any 4.5 generation fighter these days) is expensive, I do not believe that cost alone is the reason why the Franco-Indo deal is not moving through. The real issue, in my opinion, is the reality that India just has too many hands and interests involved to make a program of this scale successful. For example, there is the IAF who actually needs the aircraft for its operational needs. Then there is Hindustan Aeronautics Limited (HAL), a state owned enterprise (SOE) that has long served as India’s assembler and manufacturer for imported aircraft. And finally, there is the Government of India with its own set of (politically-driven) goals.

Whereas the Pakistan Air Force and Pakistan Aeronautical Complex (PAC) are, in essence, the same organization with aligned interests and objectives, the same cannot be said about IAF and HAL. The two clearly have separate leaderships, each with their own specific objectives, and it is not always the case that those objectives neatly overlap. Nowhere was this clearer in the wrangling between the IAF and HAL over the Tejas Light Combat Aircraft (LCA) program where shifting operational requirements on the part of the IAF basically kept the Tejas from formal induction with the IAF. On top of that is the reality of India’s drive for local-sourcing whereby it was hoped that a substantial portion of the LCA would be designed and built in India. The Indian firms (many of them SOEs, e.g. Defence Research and Development Organization or DRDO) involved were often marred with cost-overruns and other inefficiencies.

Thus, it is no surprise that these divergent parties were going to be a problem for the French Government and Dassault. Whereas France and Dassault were fine with India’s offset requirements (whereby a proportion of the program would be executed in India), Dassault wanted to serve as the prime contractor, i.e. it wanted to select the Indian firms involved in the program. In effect, this would have put HAL (and potentially other SOEs) in a precarious situation in that they may not have a lot of authority over the program or – in the worst-case scenario – not be selected at all!

If the IAF wants the Rafale, then it needs to push HAL and these other SOEs aside, and the Government of India needs to prioritize the induction of a good platform ahead of everything else, including indigenization. It is one thing to have a very efficient infrastructure for localization whereby public and private enterprises are individually efficient and collectively cooperative, as is the case with Turkey, but it is quite another to have a messy set-up with lots of  overpromising (and under-delivery), which is the case of India.

India is not like Pakistan, it does not have to worry about sanctions against its supply of spare-parts and replacement aircraft. It can afford to put “Made in India” aside and live off importing Rafales, especially when it does have several local programs in the pipeline. The best way for the MMRCA program to move forward now is to induct the 126-200 aircraft in stages, start with the 36, and go on from there incrementally.