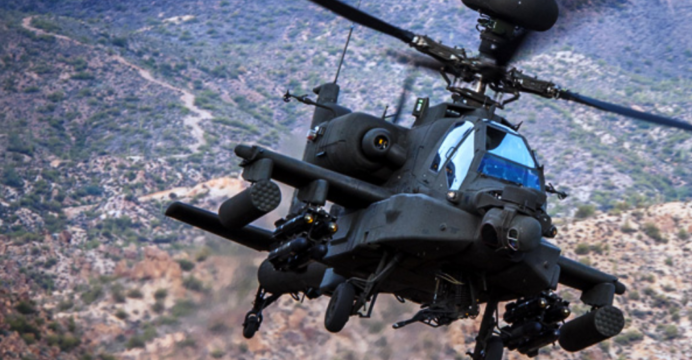 Boeing confirmed to reports that its AH-64E Apache Guardian attack helicopter was “down-selected” for a potential acquisition program with the Bangladeshi armed forces.

Terry Jamison, the director of international vertical lift sales at Boeing, stated that Bangladesh is actively considering the Apache on both cost and capability grounds (source: Jane’s Defence Weekly).

This statement follows an earlier news report from Nikkei Asian Review of Dhaka initiating formal talks with Washington for the Apache and a range of other armaments.

To start the process, Bangladesh agreed to sign two critical agreements with the US, the Acquisitions and Cross Servicing Agreement (ACSA) and the General Security of Military Information Agreement (GSOMIA).

It will take up to four years to negotiate and sign both agreements, though it is possible that preliminary negotiations for major defence equipment could occur concurrently.

It should be noted that the GSOMIA and ACSA serve an essential role in supporting US security interests in the Pacific Ocean. Thus, the importance of the US’ negotiations with Bangladesh on these fronts should not be underestimated, it could amount to significant procurements through the 2020s.

In regards to Bangladesh’s interest in the Apache Guardian. The Bangladeshi military evidently has a new attack helicopter requirement under its modernization plans. The capability would enable it to provide its ground forces with close air support (CAS) against armour and infantry threats.

However, it would be interesting to see if Bangladesh tries working with one main supplier, in this scenario Boeing, to fulfill multiple requirements. So, in addition to attack helicopters, might it look to Boeing for a new multi-role combat aircraft as well? It is worth noting that the Bangladesh Air Force’s (BAF) initial new fighter requirement (set under a tender in 2017) was for up to 12 twin-engine fighters.