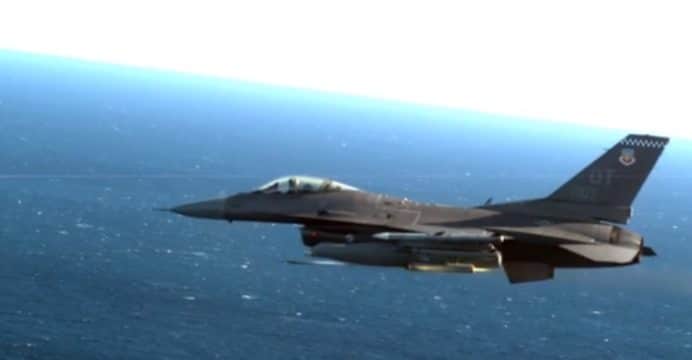 In December 2019, the US Air Force’s (USAF) 85th Test and Evaluation Squadron demonstrated the ability to potentially shoot down subsonic cruising missiles using an AGR-20A Advanced Precision Kill Weapon System (APKWS) laser-guided rocket fired from one of its F-16Cs.

The AGR-20A was slaved to a targeting pod, which The Drive identified as the AN/AAQ-33 Sniper Advanced Targeting Pod (ATP). also mounted on the F-16C. In turn, the F-16C shot down a BQM-167, a subsonic-cruising target drone (to represent the flying characteristics of a subsonic cruise missile).

The cost of a laser-guided rocket will generally be lower than that of a guided surface-to-air missile (SAM), even after factoring in the cost of operating a deployment platform for the rockets. This method might enable users to build-out a defensive capability against cruise missiles with existing resources.

However, it is not known how the USAF configured the AGR-20As as part of the demonstration (i.e., did it deploy the ATR-20A as-is, or were these modified munitions?). Moreover, it is not known if any force will use existing laser-guided rockets and manned fighters in this manner.

It could be the start towards a more cohesive hit-to-kill rocket/missile with a purpose-developed guidance system and scalable deployment platform.

One application, for example, could be a ‘loyal wingman’ drone optimized to autonomously conduct its own air patrols and, in turn, deploy hit-to-kill rockets at incoming cruise missiles.

Alternatively, another possibility could be a modification to counter-rocket, artillery and mortar (C-RAM) systems already in production or development, such as the Denel Cheetah.