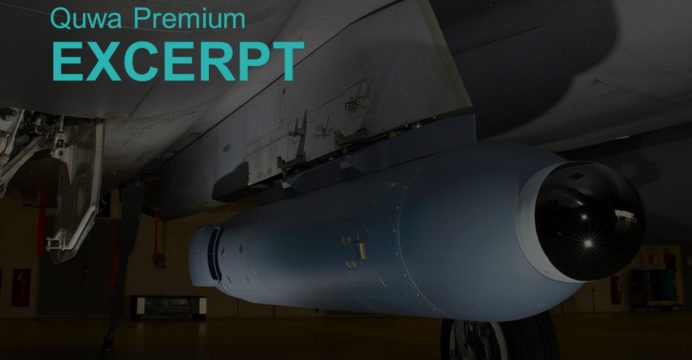 Why the JF-17 Block-III Needs a Dedicated IRST System

With a prototype of the Pakistan Aeronautical Complex (PAC)/Chengdu Aircraft Industry Group (CAIG) JF-17 Block-III flying in December 2019, the Pakistan Air Force (PAF) is a step closer to inducting the improved, and much awaited, upgrade of the Thunder multi-role fighter aircraft.

Of the intended subsystem additions, the lack of infrared search and track (IRST) is intriguing. IRST is now becoming a standard capability on so-called “4+” and “4.5” generation fighters, providing those jets with a complementary means of situational awareness (in addition to radar and data-link-based sensor feeds).

This is an important capability as the future of South Asia’s air warfare environment is poised to see heavy use of electronic warfare (EW) and electronic intelligence (ELINT) assets to jam and identify, respectively, radar emissions. Passive sensors, such as IRST, will become a necessity in the future.

However, despite apparent interest in adding IRST to the JF-17, IRST seems to have fallen off from the JF-17 Block-III’s intended feature set. Though the PAF is apparently content with using targeting pods (i.e., ASELPOD) as an infrared sensor, this would not entirely fulfill the role – or benefit – of IRST.

What is Infrared Search and Track (IRST)?

IRST is a sensor that detects and tracks aerial objects using the objects’ infrared signature. IRST systems do not emit any signals of their own, so they are passive. In other words, the aircraft using an IRST system is not vulnerable to exposure as a result of using the IRST.

This is in contrast to using radar which does pose risk of exposure to electronic intelligence (ELINT) and electronic support measures (ESM) suites, such as radar warning receivers (RWR). Of course, to overcome this issue air forces (including the PAF) are adopting active electronically scanned array (AESA) radars with low-probability-of-intercept (LPI) qualities. However, the risk of exposure is still present…