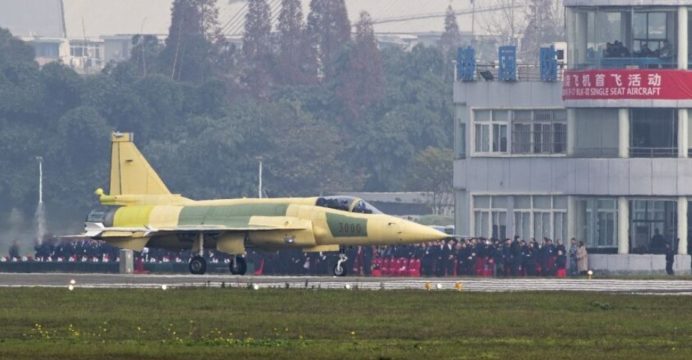 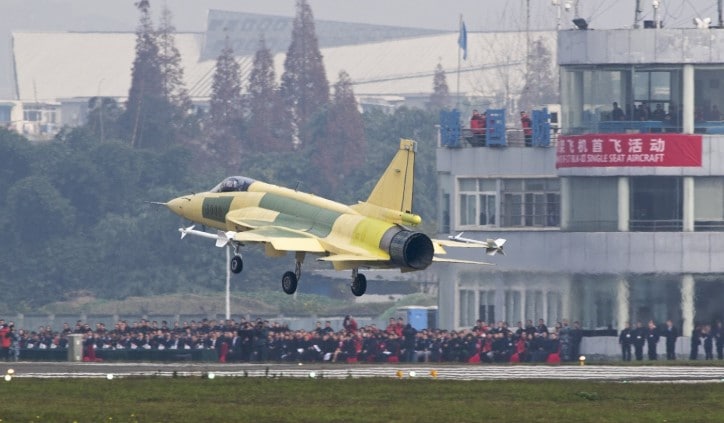 Internally, the JF-17 Block III prototype is clearly using a new head-up display (HUD), possibly a wide-angle holographic system. However, the prototype was not equipped with a radar nor helmet-mounted display and sight (HMD/S) system, though both are slated for the JF-17 Block III. 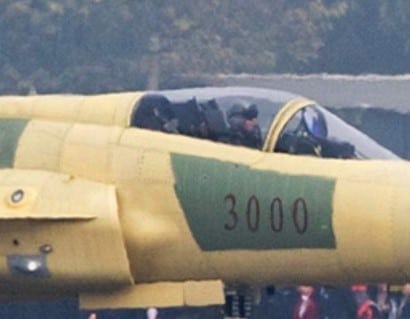 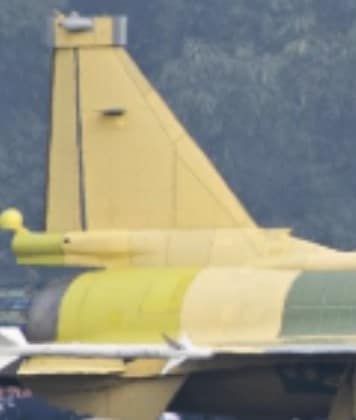 It is unclear if there are other changes to the airframe. However, FlightGlobal reported that the Block-III will have its “intakes widened to improve air flow.” The Pakistan Air Force (PAF) will continue using the Klimov RD-93 turbofan engine, so the inlet changes could be for optimizing the existing engine further.

Otherwise, the most significant changes to the JF-17 Block III are internal, such as the replacement of the hybrid flight control system with a new three-axis digital fly-by-wire (FBW) suite. The twin-seat JF-17B also uses this new flight control system, and the PAF has an order of 26 aircraft, alongside 50 Block IIIs.

Seeing how the prototype is not yet equipped with a radar, it is likely that Chengdu and the PAF are testing the Block III on a gradual, step-by-step basis. Besides the lack of radar, there are other signs of it being an early-stage test, such as lack of in-flight refueling (IFR) probe and other existing design elements.

The first step may be geared towards testing the new FBW system as well as inlet or engine optimizations.

The second step may see the integration of other intended subsystems, such as the active electronically scanned array (AESA) radar and integrated electronic warfare and defensive suite (e.g., RWR, MAWS, etc).

In later steps, the PAF could integrate and test other intended subsystems, such as special mission pods, HMD/S as well as new air-to-air and air-to-surface munitions.

The PAF recently inaugurated a new integration facility at Pakistan Aeronautical Complex (PAC) Kamra, which will allow it to “integrate avionics and weapon systems of choice with JF-17 aircraft.” In other words, the second and third steps could take place at PAC in the coming months.

The PAF currently intends to procure 50 JF-17 Block IIIs. The first two aircraft are already in the production line, and will be assembled in 2020. CAC and PAC will roll-out 12 per year from 2021 to 2024.

However, PAC’s output is currently set at 12 in 2022-2024, which is less than the average of 16 aircraft per year. This could either indicate a constraint (e.g., the Block III is costlier), space for exports, or the PAF opting to maintain a flexible outlay that it could increase later.

For More News on the Pakistan Air Force, See: