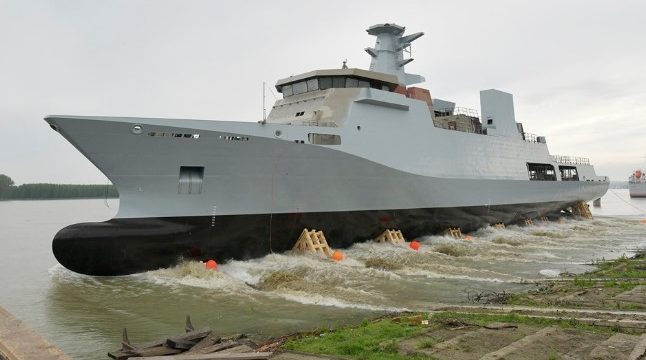 The CNS had called on Romania’s Chief of Defence Staff and the Romanian Naval Forces’ Commander-in-Chief. The two sides discussed various issues of interest, including regional maritime security and bilateral military collaboration.

Adm. Abbasi also paid a visit to Damen Shipyards Galati, which constructed the PN’s two upcoming 2,300-ton corvettes. The corvettes were launched in May and September of 2019.

The PN ordered the two ships in 2017. Initially described an offshore patrol vessel with a displacement of 1,900 tons, the ships will be used for a range of tasks, including maritime security operations, surveillance and intelligence gathering, combat search-and-rescue (CSAR), and anti-surface and anti-air operations.

However, since signing the contract the PN and Damen Shipyards made several changes to the program. First, one of the ships was supposed to be built in Pakistan; instead, both were built in Romania. Second, the ships were revised into 2,300-ton “corvettes.”

Interestingly, the PN’s ships bear a resemblance to the Damen SIGMA 8313 corvette, notably the bow and bridge area. However, the aft appears to draw on the Damen OPV 2400, especially in terms of where the exhaust stacks are located, which closer to the aft (whereas the SIGMA 8313’s are at the center). 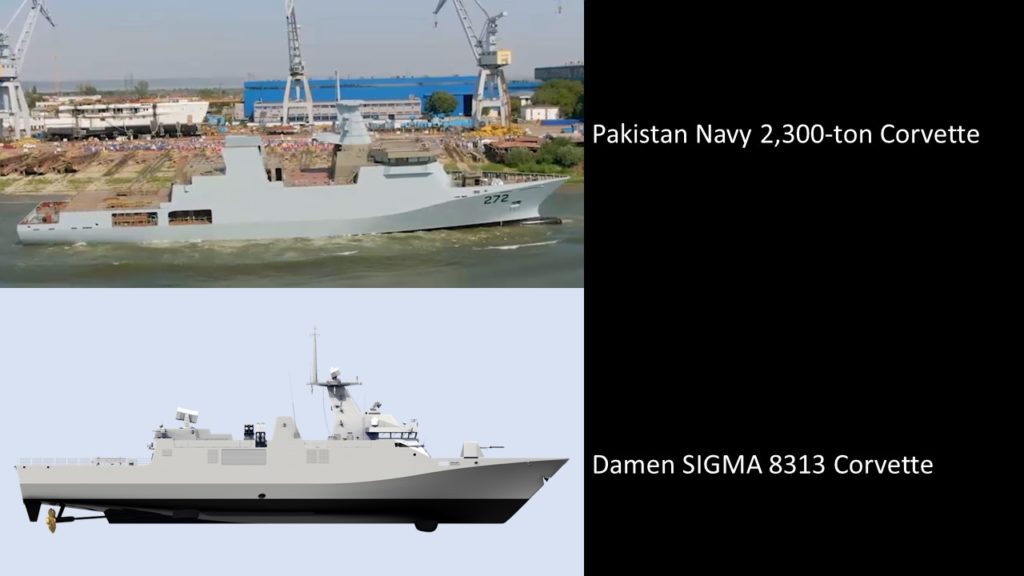 Moreover, Damen does not have a product listing showing Pakistan’s unique design.

In a 2018 interview with Asian Defence Journal, the CNS stated that the PN will equip these corvettes with “indigenously developed SSMs (surface-to-surface missiles) besides close-in-weapon-system (CIWS), anti-aircraft guns and a modern EW (electronic warfare) suite.”

With the exception of the Aselsan ALPER low probability-of-intercept (LPI) radar, the PN has not disclosed the specific subsystems and weapons it will equip to the 2,300-ton corvettes. However, drawing on some of the systems selected for the Jinnah-class (MILGEM) corvettes/light frigates is plausible, at least in terms of the main gun, CIWS, electronic support measures (ESM), and anti-ship warfare (AShW) suite.