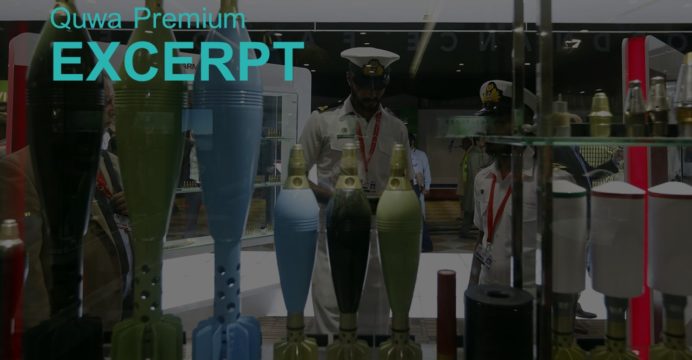 Constructing a Domestic Marketplace of Products

One of the drawbacks of nascent private sector activity in the defence industry, especially in new product development, is that Pakistan lacks a domestic marketplace to consult for its requirements. Thus, each of the service arms routinely approach overseas suppliers for solutions, causing the domestic industry – both publicly-owned and the private sector – to miss on valuable workshare and capital (which could later be invested in Pakistan through expansion and development projects).

Financial assistance notwithstanding, the Pakistan Navy’s decision to procure two offshore patrol vessels (OPV) from the Netherlands’ Damen Shipyards are examples of this shortfall. Pakistan’s domestic industry was unlikely to have been a factor in the project because Pakistan lacks mature ship design firms. Maritime Technologies Complex (MTC) has been modifying the Azmat-class fast attack craft (FAC), which was procured from China, but it has not undertaken original design work. Besides corvettes, local entities are also non-factors in domestic and overseas competitions for small patrol boats, mine countermeasure vessels (MCV), cutters, survey ships and training ships. While valued a fraction of multi-mission frigates or anti-submarine warfare (ASW) corvettes, low-cost ships can amount to sizable business domestically and abroad. For example, in 2014 Pakistan had sought eight GRC 43M cutters for the Maritime Security Agency in a proposed deal worth $350 million U.S.[1]

Pakistan’s domestic marketplace paucity extends beyond ships, it includes wheeled and tracked armoured vehicles, small arms and electronics. Granted, it is infeasible for Pakistan to immediately produce – be it through public or private sector means – in all areas, especially complex fields that involve decades of maturation and evolution (e.g. propulsion technologies). However, there are numerous other programs that can be pursued sooner than later, and though they do not constitute the majority of armed forces spending, they can cumulatively amount to large procurement, especially through small-batch orders over a prolonged duration. These include small corvettes, small patrol boats, OPVs, cutters, MCVs, MRAP vehicles, lightweight utility helicopters and others. By virtue of being comparatively low-cost, these goods could be of interest to many countries. If the private sector could engage in these fields, it could fulfil both domestic procurement as well as compete internationally. By not being linked to the armed forces for the product development process, the private sector can also proceed to design and market goods for foreign markets in periods when the armed forces are not engaged in procurement.

However, as discussed earlier, engaging in the production of the aforementioned systems requires large capital investment. In the near-term, it is unlikely that the private sector will be a factor for supporting big-ticket programs. Moreover, able stakeholders will require substantive incentives from the government and armed forces, be it through assured order prospects (e.g. a policy commitment to only procure locally or mandating majority local workshare in a bid), direct public funding for program development and/or infrastructure construction and linking private sector suppliers to big-ticket programs, such as Project Azm. Despite the call for defence exports, the sustainability of these ventures will need to be built on a strong and consistent domestic orderbook. In fact, the cost of the private sector enduring reduced orders will be reducing the production output, which would see loss of employment.

Pakistan’s private sector is not in a position to showcase a domestic marketplace equivalent to those of Turkey and South Africa in the near-term, though there are emerging portfolios in Shibli Electronics and Cavalier Group in thermal sights and wheeled armoured vehicle proposals, respectively. For these and other companies to bring new proposals to fruition and sustain production, they will require capital and healthy domestic orderbooks. Besides encouraging Pakistani investment in these areas, the Pakistani government or armed forces can consider leveraging big-ticket defence procurements with foreign vendors. This could occur by tying procurement to offsets, which can involve deferring production and services workshare to Pakistani companies or foreign companies operating within Pakistan. Besides channelling some of the expenditure to local suppliers, offsets could potentially result in jointly owned subsidiaries to support contracts…