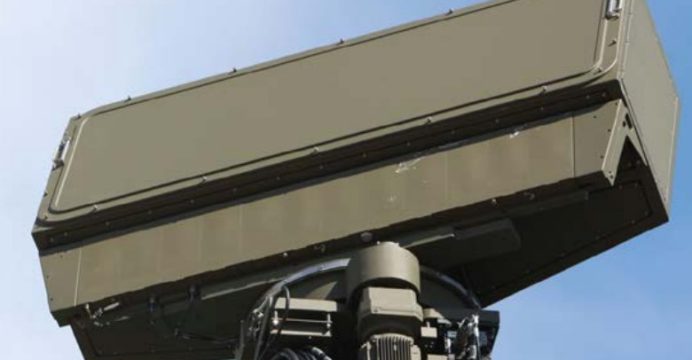 Leonardo announced the sale at the 2019 Bahrain International Defence Exhibition and Conference.

According to an official press release, Leonardo states that it will supply the radars alongside the system’s communications equipment, spare parts, training, and 12 months of technical support services.

Furthermore, Leonardo will equip the BAF to “develop a long-term maintenance capability and preserve the functionality of the system.”

Leonardo did not disclose the number of KRONOS Land radars it is supplying to the BAF, but it should be a large long-term order considering the design and function of this specific model.

The KRONOS Land is a C-band active electronically scanned array (AESA) radar with an air surveillance range of 250 km. The KRONOS Land is a gap filler, enabling the BAF to plug blind spots of its high-level radars (such as the RAT-31DL/Ms it previously procured from Leonardo).

The KRONOS Land can even function as an artillery weapon locator. In other words, it may be of interest to the Bangladesh Army as well should it opt for such types of radars.

As an AESA radar, the KRONOS Land leverages many transmit/receive modules (TRM) to emit radio waves. Each TRM can emit its own unique frequency, which makes jamming the whole radar system much more difficult, thereby increasing the radar’s electronic counter-countermeasures (ECCM).