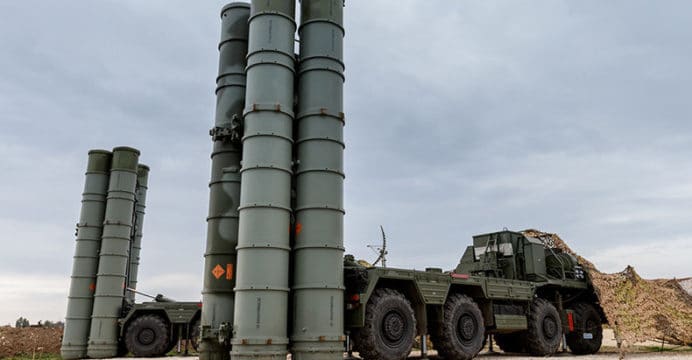 “The first batteries will be delivered towards the end of the next year,” Çavuşoğlu told media (via Anadolu Agency) during NATO’s Summit in Brussels, Belgium.

Çavuşoğlu also outlined that Ankara is aware of the criticism it is drawing for its purchase of the marquee Russian system, largely for the fact that it will not interoperate with NATO’s air defence system. Moreover, NATO worries that the S-400 could pose a security risk as well.

However, Turkey will honour the S-400 acquisition (in parallel to pursuing an ostensibly NATO-compliant system in parallel in collaboration with the French-Italian consortium, Eurosam). In fact, Çavuşoğlu added that a major reason why Turkey pursued the S-400 was because neither the US or Western Europe offered a comparable system, while “Russia gave [Turkey] the best proposal.”

Of the controversies surrounding Turkey’s S-400 purchase, the potential impact the Russian air defence system on the Lockheed Martin F-35 Lightning II is among the most contentious.

Speaking to journalists (via Reuters) during the 2018 Royal International Air Tattoo, US Air Force General Tod Wolters – and NATO Allied Air Commander – said, “Anything that an S-400 can do that affords it the ability to better understand a capability like the F-35 is certainly not to the advantage of the coalition.”

Turkey has formally received its first F-35, but the fighter is still in the US as part of a training program for the Turkish Air Force. However, US lawmakers had tried blocking the delivery via a Senate defence bill, a move that had – expectedly – drew the ire of the Turkish government.

Interestingly, Turkish officials have reportedly outlined that the country is also interested in the Raytheon Patriot air defence system, but not in lieu of the S-400. It is an intriguing report as in 2017, Turkey passed on the PAC-3 MSE (Missile Segment Enhancement)-based Medium Extended Air Defence System (MEADS) in favour of Eurosam’s proposal to co-develop Turkey’s national long-range SAM system.

Unless Ankara is aiming for something more significant (e.g. the Terminal High Altitude Area Defense), it makes limited sense to reconsider the PAC-3 Patriot other than as a concession to the US, i.e. to guarantee Turkey’s access to the F-35 and other export-controlled US technologies.