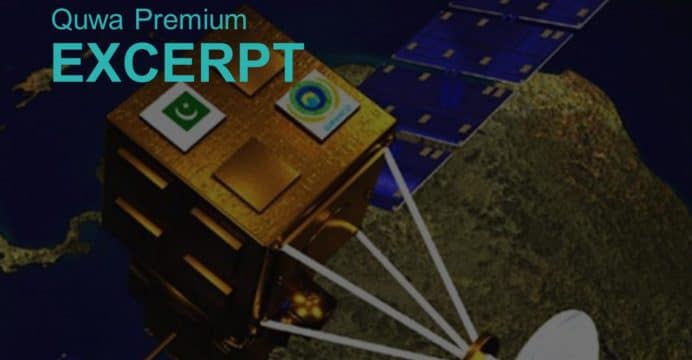 Pakistan’s Foreign Office announced that the Pakistan Remote Sensing Satellite (PRSS-01) – which will also include the Pakistan Technology Evaluation Satellite (PakTES-1A) – will be launched into orbit in July.[1]

To be managed by Pakistan’s Space and Upper Atmosphere Research Commission (SUPARCO), the PRSS-01 will be Pakistan’s first – and currently, its only – low earth orbit (LEO) satellite in orbit.

According to SUPARCO, the PRSS-01 was to comprise of two satellites, i.e. one equipped with an electro-optical (EO) system and the other with a synthetic aperture radar (SAR) suite.[2] Though two satellites will still be launched, it is unclear if SAR is included in any of their payloads. The PRSS-01 was originally slated for launch in March 2017, but it was evidently pushed into this summer.

Pakistan formally ordered the PRSS-01 from China Great Wall Industry Cooperation (CGWIC) in April 2016. Then Minister of Planning, Development and Reform (and later, Interior Minister) Ahsan Iqbal had stated that the purchase would also lead to transfer-of-technology (ToT) to Pakistan.[3]

In addition, Iqbal had reportedly outlined that the PRSS-1 would contribute to Pakistan’s socio-economic and infrastructure development as well as strengthen its border security and surveillance capabilities.[4]

In 2017, SUPARCO Chairman Qaiser Anees Khurram stated that the PRSS-01 would “make Pakistan self-reliant in multi-spectral imaging” and enable it to save hard-currency by bringing the capability in-house.[5]

An analysis of how and why China is enabling Pakistan to acquire qualitatively valuable defence capabilities across a spectrum of environments, especially air, naval and space | Read More

For Pakistan, not only has a domestically-owned LEO RSS been of interest from a cost-savings standpoint, but a utility perspective as well. In 2013, Dr. Javed Iqbal – then Head of the University of Karachi’s Institute of Space and Planetary Astrophysics – stated the following of imported satellite imagery:

“Currently satellites orbited and piloted by bodies such as NASA only picture Pakistan once every few hours … If we have our own satellites, we can program them to meet our own strategic needs, as well as help our domestic industry with 24-hour coverage.”[6]

Thus far, SUPARCO has emphasized the PRSS-1’s role in supporting “agriculture, disaster management, urban planning, forestry, water management [and] weather forecast” operations.[10] However, in theory, the PRSS-01 could enable Pakistan to build an imaging intelligence (IMINT) capability, which it can deploy to monitor activities along and across its national borders.

Certainly, a near $200 million US spend on the PRSS-01 would not escape the armed forces’ scrutiny, nor would the fact that to sustain a persistent LEO imaging presence, the PRSS-01 and future LEO RSSs would have to regularly be replaced (due to limited lifecycles of less than 10 years per satellite).

In March 2018, Pakistan’s previous Interior Minister – Ahsan Iqbal – announced that the PakTES-1A was “an indigenous project from concept till launch by SUPARCO engineers and scientists.”[11]

However, neither Iqbal or SUPARCO outlined Pakistan’s input in the PakTES-1A…