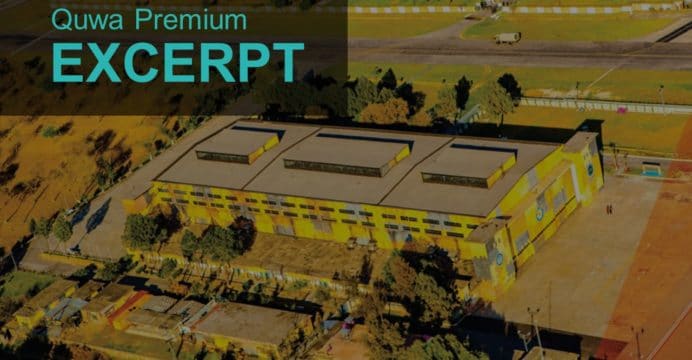 This Quwa Premium report examines the viability of commercial offsets (tied to big-ticket defence purchases) in Pakistan. In this report, we briefly review the checkered history of offset packages, especially in the developing world. However, in contrast to many economic discussions of offsets – which assessed viability of such deals against the buyer and seller’s claims of development and savings – we benchmark offsets against resource optimization. Unlike many countries, Pakistan’s defence or security establishment seldom requires public approval (in the mainstream democratic sense) to push defence purchases, but rather, they are constrained by fiscal resources. In effect, the discussion of offsets would, at least partly, revolve on the subject of return-on-investment (ROI) in that the results of offsets – such as new manufacturing entities, supply-chain contracts, foreign direct investment (FDI) or partnerships – must, ideally, reverse those constraints. In other words, the purported economic benefits of offsets would have to be realized in order to fulfill the Armed Forces of Pakistan’s own strategic objectives, i.e. to secure long-term funding mechanisms to support ongoing and future big-ticket procurement.

In its simplest sense, an “offset” is a counterweight. In defence procurement, an ‘offset’ serves to counter the expenditure of fiscal resources by the buyer with fiscal resources from the seller. For example, a fighter aircraft deal could be priced at $10 billion US. Under an offset package of 50% the contract price, the seller of that fighter aircraft would in some form return $5 billion US to the buyer’s economy. This return could take the form of investment in the buyer’s economy, countertrade or bartering by buying goods from the buyer or the buyer’s marketplace or a mix of the aforementioned methods.

Offsets are a recurring topic, especially in relation to the defence procurement dynamics of developing or low-income states where there are both fiscal constraints and macro-economic pressures. On the surface, offsets promise to manage – if not improve – macro-economic pressures by enabling the customer-state to control its balance-of-payments (BoP) by countering costly arms imports with exports and FDI resulting or borne from the arms contract. For Pakistan, offsets could be viewed as a means to remediate its macro-economic challenges while also procuring new armaments. In this sense, Pakistan could optimize its fiscal resources to multiple objectives – i.e. procurement, productive macro-economic activity and potentially transfer-of-technology (ToT) – through commercial offsets integrated to its arms imports.

The Challenge with Assessing Offsets

Though the backers of offsets – generally the governments buying arms and their suppliers – purport the value of offsets in retaining foreign or hard-currency for BoP, facilitating ToT, supporting exports by linking domestic industries to foreign supply chains and other means of productive economic activity. However, offsets are a contentious issue, especially from the standpoint of the purported benefits. In general, those skeptical of offsets – notably economists – cite the inherently costly, inefficient and opaque nature of the national security space as cause for doubting the utility of offsets, at least as a rule…(continued in full version).

This consideration is important because if defence as a whole is economically inefficient, then how could one expect additional contracts (built on that basis) to be macro-economically prudent for others? While the stated goals of the offsets could, in theory at least, be achieved, the buyer is buying a non-optimal system that is neither ‘the best’ in performance nor the most cost-effective in the absolute sense. Instead, the economic consequence is like that of selecting the ‘least worst’ of available options…(continued in full version).

The Pakistan Army Aviation Corps’ (PAA) ‘plus-one’ attack helicopter program – which is to complement the PAA’s forthcoming Bell Helicopter AH-1Z Viper – is slated to be its most prominent single purchase to-date, at least in the past 30 years. Today, the Turkish Aerospace Industries (TAI) T129 ATAK appears to be the winner with 30 helicopters valued at $1.5 billion US. Pakistan is to ink the T129 contract in 2018 ahead of the 2018 Farnborough Air Show.[1] It is unclear if offsets actually figure in this contract, but depending on how one views the matter, they can come to either conclusion (offset or no offset).

Pakistan is not known for emphasizing offsets in its procurement. Rather, its ‘ask’ generally involves ToT in the form of local licensed production and/or depot-level maintenance, repair and overhaul (MRO). Both segments are integrated into the price and supplied to Pakistan, though the extent of ToT (be it partial or a full turnkey solution) varies from program-to-program. However, direct and indirect offsets are typically not factors, though they have occurred outside of defence. For example, Pakistan International Airlines’ purchase of Boeing 777 airliners accompanied an offset involving Pakistan Aeronautical Complex (PAC) as a parts supplier to Boeing until August 2010.[2] In terms of the T129, TAI had offered parts manufacturing work to PAC should the PAA select the T129 for its plus-one requirement.

Of Pakistan’s recent big-ticket procurements, the T129 is arguably the best positioned to facilitate offsets. First, the selling party – i.e. Turkey – is itself experienced in receiving and issuing offsets. Thus, there is a measure of experience at play that can offer a competent offset package. Pakistan’s offset policy requires a minimum 30% in offsets, which would equate to $450 million US in Turkish expenditure in the Pakistani economy. If a direct offset, it would be in relation to the T129 program itself. For example, TAI could sub-contract Pakistani suppliers to help implement the program: this could see TAI award production and/or services contract to a private sector firm for electronics and optronics. Alternatively, TAI could promise to buy $450 million in production work from PAC in the form of spare parts or subassemblies.

In either scenario, ToT aimed at capacity building in Pakistan – be it PAC or the private sector – is required. If TAI (or Aselsan and Havelsan) were to engage the private sector, that ToT would likely need to come by way of investment. For example, a jointly-owned subsidiary for undertaking the production of optronics for the T129 in Pakistan as well as potentially Turkey and third-party customers. In terms of PAC, it could involve Pakistan buying the necessary ToT from TAI and TAI returning with purchases from the plant. An indirect offset would see TAI purchasing non-related goods from Pakistan, be it from the defence industry or textiles, pharmaceuticals, vehicles or other industries. It could also engage in FDI in those areas.