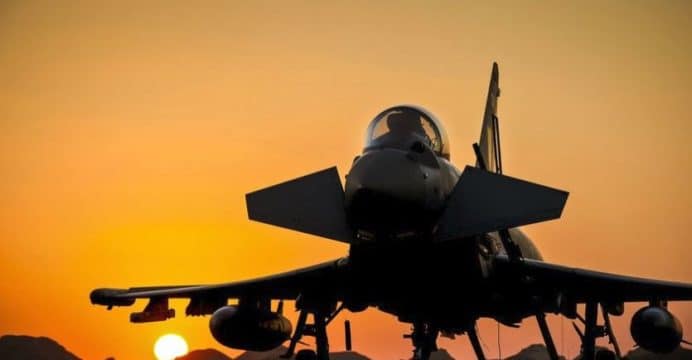 Reuters reports that BAE Systems reiterated its willingness to facilitate a UK-based line-of-credit to back a sale of Eurofighter Typhoon fighters to Malaysia. The Royal Malaysian Air Force (RMAF) has been seeking 18 next-generation fighters to replace its legacy MiG-29s since at least 2017.

“We have an offer on the table…It’s competitively priced and we have offered UK government financing so the Malaysian government can spread the payment over a longer period,” said Alan Garwood, BAE’s Group Business Development Director.

It is unclear when Kuala Lumpur intends to pursue a contract in earnest, though the Typhoon remains as one of several contenders for the prospective contract.

Like BAE Systems, the Swedish defence giant Saab had also expressed its interest in backing a prospective Gripen sale with credit. In 2015, Sweden authorized a loan of 39.88 billion SEK (i.e. $5 billion US today) to back the sale of 36 Saab Gripen E/F to Brazil. The loan is to be repaid over 25 years.

In December 2017, Qatar signed on as the newest customer of the Typhoon with an order for 24 Tranche 3. Qatar’s order guarantees production work for BAE in the 2020s, with a potential Malaysian order clearly extending that scope well into the long-term. Likewise, the other Eurofighter Consortium members – i.e. Airbus Defence & Space (in Germany and Spain) and Leonardo – will also benefit from those orders.

Besides Malaysia, BAE Systems may also have an opportunity in Indonesia, which is reportedly forming a new fighter requirement amounting to several squadrons. Interestingly, Jakarta has yet to ink the contract for 11 Sukhoi Su-35 Flanker-Es from Russia’s United Aircraft Corporation, leaving an opening – albeit small – for a procurement review and renewed opportunity for the F-5 Tiger II replacement program.

However, Southeast Asia is also among the US’ key defence markets, with Boeing and Lockheed Martin both maintaining key long-term contracts in the region. In particular, Boeing is hopeful of expanding upon its F/A-18 Hornet program with the RMAF to the F/A-18E/F Super Hornet.