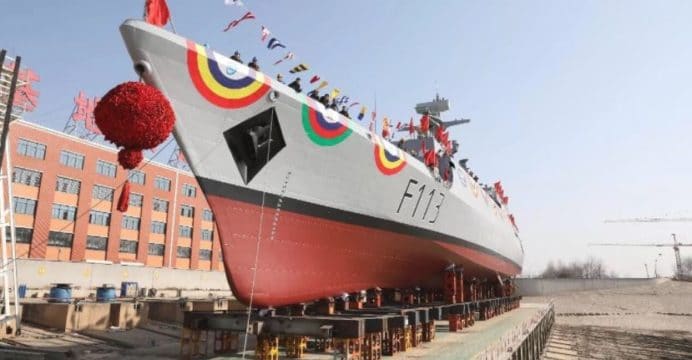 Although based on the same ship design, the third C13B appears to be equipped with a phased-array radar, potentially the SR2410C radar. This is an upgrade to the older mechanically-steered air and sea-search radars that equipped Bangladesh’s earlier vessels.

The SR2410C is a 3D S-band radar designed as an analogous counterpart to the Thales SMART-S Mk2, thus providing long-range air and surface surveillance coverage and the ability to guide missiles. The SR2410C reportedly has a range of 150+ km along with the capability to track up to 150 targets per rotation.

It also appears that the Bangladesh Navy has equipped one of its frigates, the BNS Abu Bakr (Type 053H2), with a phased-array radar. The specific radar model has not been confirmed.

Derived from the People’s Liberation Army Navy (PLAN) Type 056 corvette, the C13B is an export-oriented design capable of taking on multiple roles, such as anti-ship warfare, sea-lines-of-communication and exclusive economic zone patrol and anti-submarine warfare.