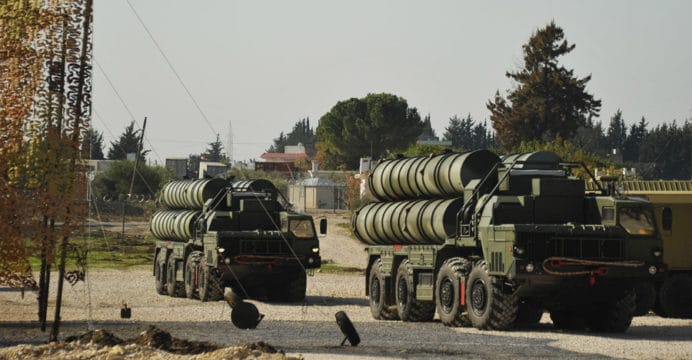 The news was later confirmed by Russia’s Federal Service for Military-Technical Cooperation, which had added that some of the equipment got damaged due to a storm while en route to China.

China is the launch export customer of the S-400, having signed a contract for the system in November 2014. China is also the foreign launch buyer of United Aircraft Corporation’s (UAC) Sukhoi Su-35 Flanker-E, having signed onto 24 aircraft in November 2015. Deliveries of the Su-35 began in December 2016.

Considering the serial production of both long-range SAMs and Flanker-series fighters in China, these off-the-shelf purchases from Russia are intriguing. At the minimum, Beijing’s imports do indicate a willingness to continue engaging with the Russian industry as well as a parallel avenue (to domestic production) for procurement, enabling it to shore-up air combat and air defence capabilities at a faster pace.

Turkey followed China as the second S-400 buyer, having inked a deal – along with a down-payment – at the end of 2017. India had principally agreed to acquire the S-400 in October 2016, but the Times of India reports that final contractual negotiations between New Delhi and Moscow are now underway.

The S-400 has also drawn active interest from Saudi Arabia and Bahrain, with the former even signing a memorandum-of-understanding (MoU) to potentially pursue a contract. Following Turkey, it appears that Russia is making in-roads with marketing the S-400 to countries that have traditionally relied on Western weapons, especially for big-ticket/high-cost requirements such as long-range air defence.

However, in the cases of Turkey and Saudi Arabia, the S-400 would be in relative proximity to Western air defence systems. Turkey’s issues with NATO aside, even Saudi Arabia would have a comparable concern seeing that it is also seeking the Terminal High Altitude Area Defense (THAAD) system. In such cases, the S-400 would be operated in a parallel or stand-alone format, but concerns surrounding the exposure and leaks (to Russia and/or the U.S.) of system radio frequencies from both systems remain.