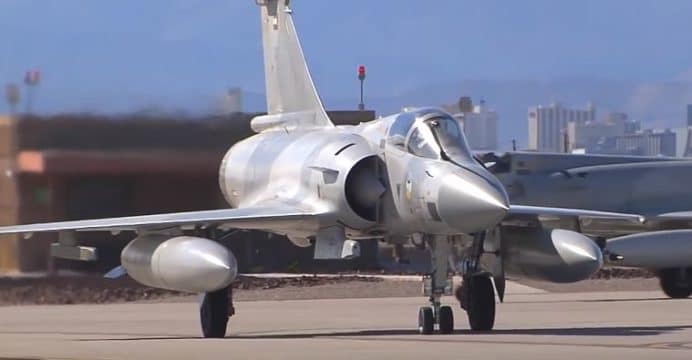 Specific technical details of either upgrade were not provided at the time, but Forecast International (via Defense-Aerospace) recently reported that the UAE Air Force’s (UAEAF) Mirage 2000-9s will be configured with the Thales RDY-3 radar and TALIOS targeting pod.

With the inclusion of the Thales RDY-3, the UAEAF Mirage 2000-9 upgrade appears to mirror the Mirage 2000 upgrade executed for the Indian Air Force (IAF) since 2011.

Although the RDY-3 is not an active electronically-scanned array (AESA) radar (which is found on the UAE’s F-16E/F Block-60), it is a mature mechanically-steered solution with credible air-to-air and, especially, air-to-surface capabilities. In terms of the latter, the RDY-3 has high-resolution synthetic aperture radar (SAR) with ground-moving target-indication (GMTI) and terrain avoidance support.

This suits the UAEAF as the Mirage 2000-9 is its mainstay strike asset. The Mirage 2000-9 was configured to carry the MBDA SCALP-variant Black Shaheen air-launched cruise missile (ALCM) and Denel Dynamics-Tawazun Dynamics Tariq precision-guided stand-off weapon (SOW) range. The MBDA SCALP can provide a range of over 250 km, while the Tariq can be configured to engage targets from 40 to 100+ km.

The RDY-3 provides improved SAR/GMTI for building a situational awareness of the ground and tracking targets, allowing the UAEAF to more effectively deploy its ACLM and SOWs. The RDY-3’s terrain avoidance support (with contour mapping) would also enable low-altitude penetration flights, which could be used to bypass opposing high-level radar coverage. This will be potent with the UAE’s ALCM/SOW inventory.

The TALIOS will augment this further by providing the Mirage 2000-9 with the ability to guide laser-guided bombs to moving targets and provide intelligence, surveillance and reconnaissance coverage. In lieu or in tandem with the RDY-3, the TALIOS could also be used for long-range target identification and tracking for the Mirage 2000-9’s ALCM and SOW load.