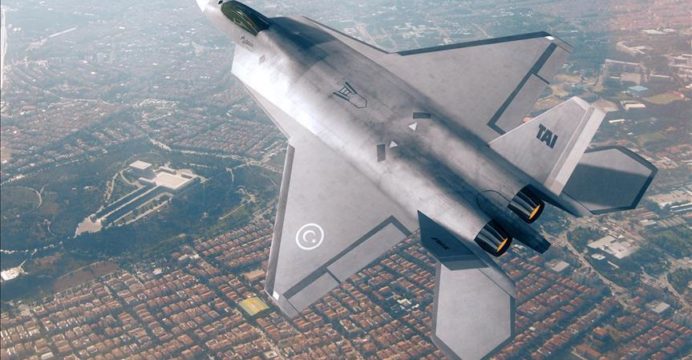 Speaking to reporters in London on November 28, Turkey’s defence minister, Nurettin Canikli, reiterated that the maintaining the TFX’s maiden flight date for 2023 is the “primary goal” of the government.

The Turkish Aerospace Industries (TAI) TFX is intended to be Turkey’s 5th-generation fighter replacement for the Turkish Air Force’s (TuAF) F-16s. In January, Turkey signed a £100 million-plus deal with the U.K. government that would see BAE Systems assist in the design and development process over four years.

For the TFX, the major objective for the Turkish Undersecretariat for Defence Industries (SSM) is to decide on the fighter’s turbofan engine program. Rolls-Royce is hoping to secure the contract.

The U.K. defence giant partnered with the private Turkish company Kale Group to jointly develop and produce an original turbofan engine platform for the TFX. The joint-venture, which was named TAEC Uçak Motor Sanayi AS, is co-owned by Kale Group (51%) and Rolls-Royce (49%).

However, in his statements to the media, Defence Minister Canikli stated that Turkey will not depend on one country for the TFX, stating, “When you work with a single company, or when you depend on a single country, you could face different problems in certain stages of the project.”

Rolls-Royce – along with BAE Systems – is operating in Turkey under the U.K. government’s ‘Open General Export License’, which, according to the Daily Sabah, facilitates “the transfer of materials, software and technology to be employed in the national fighter jet TF-X project.”

Potential competing engine partners could include the EuroJet Turbo GmbH Consortium, General Electric and Pratt & Whitney. In 2015, Turkish electronics giant Aselsan signed a memorandum-of-understanding (MoU) with EuroJet to “explore potential opportunities for business collaboration on Engine Control Units, Health and Usage Monitoring System and software developments projects relating to the EJ200 engine program.” Although Aselsan highlighted the possibility of EuroJet participating in the TFX, it is unclear if either side will expand the partnership in that direction.