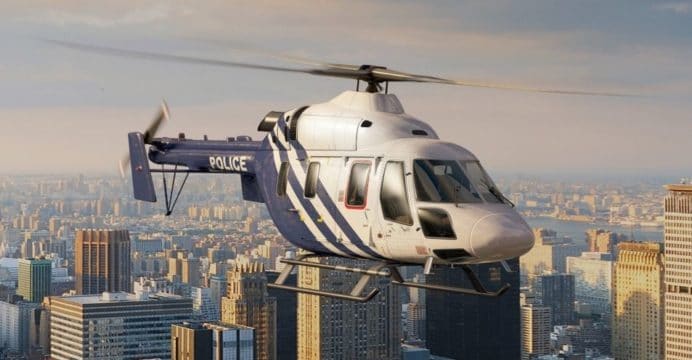 Russian Helicopters Group is demonstrating the Kazan Helicopters Ansat lightweight helicopter in Pakistan as part of a promotional campaign to market the Ansat to prospective customers.

“Ansat is a very attractive helicopter due to its flight performance characteristics, including for customers from Asia and the Middle East,” said Alexander Shcherbinin, Russian Helicopters’ Deputy Chief Executive Officer for Marketing and Business Development, who added, “I hope that positive test results will turn the interest of potential buyers into a number of agreements.”

Upon competing the trials, Russian Helicopters will hold a conference in Islamabad for prospective clients in Pakistan. The company intends to discuss the Ansat’s competitive advantages.

The Ansat is a general-purpose utility helicopter available to military, civil services and commercial users. It has a maximum take-off weight (MTOW) of 3,600 kg and is powered by two Pratt and Whitney Canada PW207K turboshaft engines, each providing over 600 shp. Capable of ferrying up to eight passengers, the Ansat has a cruise speed of 220 km/h, ferry range of 515 km and operational ceiling of nearly 15,750 ft.

It appears that Russian Helicopters is marketing the Ansat to the Pakistani market in general, not just the government and armed forces. However, the latter would be the largest potential market. Currently, the Pakistan Army operates the Airbus Helicopters H125M, while the Aerospatiale SA316 Alouette III is flown by the Army, Navy and Air Force. The Alouette III is seeing use as a search-and-rescue and utility platform, but since it is a legacy aircraft Pakistan could be examining potential future successors.

Pakistan’s Ministry of Interior could also be a potential customer, it has used helicopters to support its paramilitary and internal security mandate. In fact, the interior ministry finished returning the nine Bell Huey II utility helicopters it was given by the U.S. in 2002. The ministry is seeking new helicopters to take on the role left by the Huey IIs. However, though the Ansat could be positioned as an alternative, Pakistan already operates other utility helicopters – such as the Leonardo AW139 and Bell 412EP – that could also fill that gap, but by extending the existing logistics and maintenance infrastructure already in place.