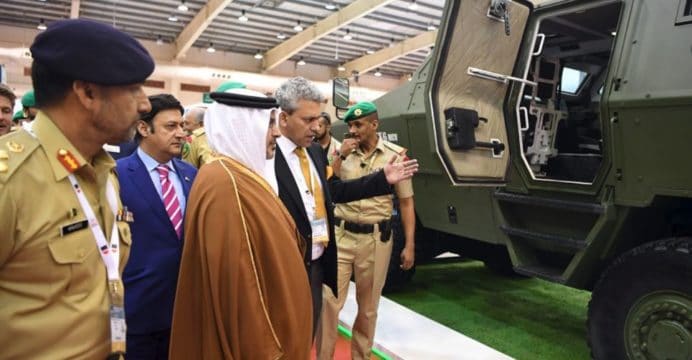 Pakistan’s Cavalier Group revealed the Hamza 6×6 Multi-Role Combat Vehicle (MCV) at the 2017 Bahrain International Defence Exhibition and Conference (BIDEC), which is taking place this week in Manama until October 18.

The Hamza 6×6 appears to be a variant of the Hamza 8×8 MCV, which was revealed at Pakistan’s biennially-held defence exhibition IDEAS in November 2016. Cavalier positioned the Hamza 8×8 as a multi-mission solution with under-chassis blast protection of STANAG 4569 Level-4B.

It does not appear that the Pakistan Army proceeded with the Hamza 8×8. It is unclear if the Hamza 6×6 is meant for export or is a revised offering to Pakistan. Cavalier’s marketing material for BIDEC also has illustrations of another 6×6 AFV and two light armoured vehicles, including one that appears to be a utility vehicle analogous to the Humvee. 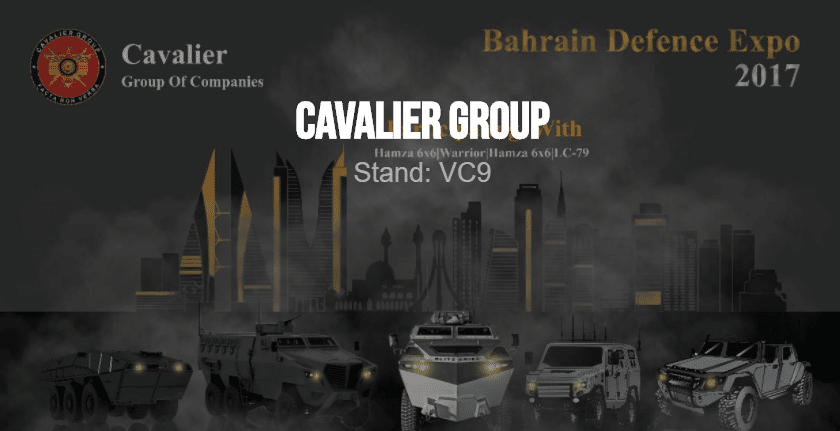 The Hamza-series is borne from Blitzkrieg Defence Solutions, a collaborative effort between Cavalier and the U.K.-based Jankel Armouring. In its marketing material, Cavalier states, “In the face of high demand for blast and Anti-Mine protected vehicles, the company has also invested heavily in the development of a family of Multi-Role Combat Vehicles in 8×8, 6×6 and 4×4 configuration.”

The Pakistan Army had listed several armoured vehicle requirements. However, locally designed and/or produced vehicles were not forthcoming. On several occasions, the Army opted to import vehicles, such as MaxxPro DASH MRAPs from the U.S. Turkey’s BMC also told MSI Turkish Defence Review that it was in talks with Pakistan on the Vuran 4×4 multi-purpose armoured vehicle.

However, internal efforts are underway. The recent Pakistan Ministry of Defence Production report lists the development of a Light Armed Vehicle Assault (LAVA) platform by Military Vehicles Research & Development Establishment (MVRDE). The extent of Cavalier’s continuing investment in the Blitzkrieg initiative is unclear, especially in terms of its 4×4 and 8×8 designs. A complete family of armoured vehicles (i.e. 4×4, 6×6 and 8×8), especially with common parts, could be a viable consideration for Pakistan as that would reduce maintenance costs and simplify logistics. However, it is unclear how much traction Cavalier has with current and emerging Army procurement requirements.