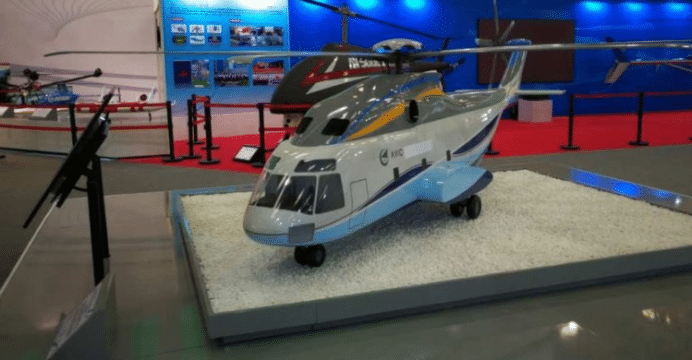 Russian Helicopters and the Aviation Industry Corporation of China (AVIC) have largely agreed upon the technical and workshare responsibilities of the Advanced Heavy Lift (AHL) helicopter program.

Xinhua, citing Huang Chuanyue – the Deputy Chief Engineer of AVIC helicopter division Avicopter – reports that both parties “have reached consensus on technical terms, split of responsibilities, and a roadmap to implement the project.”

Speaking to media, Russian Helicopters CEO Andrey Boginsky stated, “We have managed to come to a consensus with our Chinese partners regarding the technical specifications for the AHL,” adding, “We now clearly envision the helicopter’s characteristics.”

The AHL was envisaged as a heavy-lift helicopter platform for the Chinese civil aviation market, following the Mil Mi-26T’s strong showing in China’s humanitarian and disaster relief (HADR) operations in recent years, most notably in 2008 and 2013. The Mi-26T has a maximum take-off weight (MTOW) of 55.6 tons lift capacities of 20 tons internally and 20 tons externally via sling.

Avicopter and Russian Helicopters had agreed to jointly design the AHL in 2016. In June 2017, Rostec and AVIC announced that the AHL’s conceptual design work was complete. In contrast to the Mi-26T, the AHL is lighter with a MTOW of 38.7 tons with an internal lift capacity of 10 tons and 15 tons through an external sling. The AHL will be heavier than the CH-47 Chinook, which has a MTOW of 22.6 tons.

Russian Aviation Insider reports that Russian Helicopters will assist the AHL program by designing specific subsystems, such as rotors. These will ultimately be manufactured in China. Neither Avicopter or Russian Helicopters have provided a timeline for the AHL’s maiden test flight, certification and series production.