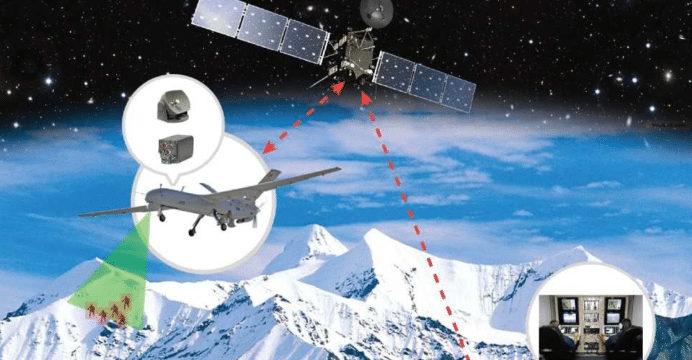 Turkey has begun the prototype development and production phase of its first indigenously developed communications satellite, the TÜRKSAT-6A.

The announcement was reportedly (via TRT Haber) made during a high-level meeting between the Turkish government and the country’s research and defence industry vendors.

The meeting was presided by the Minister of Science, Industry and Technology Faruk Özlü and Minister of Transport, Maritime Affairs and Communications Ahmet Arslan. It was joined by the Turkish Scientific and Technology Research Council (TÜBİTAK), Turkish Aerospace Industries (TAI), Aselsan and CTECH.

Turkey formally began the TÜRKSAT-6A program in December 2014. TÜRKSAT-6A is envisaged to carry 20 Ku-band and two X-band transponders. The TÜRKSAT-6A’s qualification tests are scheduled to commence in 2018, with the launch planned for 2020. The TÜRKSAT-6A will be in orbit for 15 years.

Under the scope of the program, currently valued at $170 million U.S., TAI is responsible for designing and manufacturing the TÜRKSAT-6A’s structural properties, harness, thermal control and chemical propulsion subsystems and mechanical ground support equipment. The onboard data-handling software, command and control suite, and assembly, integration and testing will be jointly undertaken with TÜBİTAK.

In December 2016, the European Space Centre had launched the Göktürk-1. Designed and produced by Leonardo and Thales, the Göktürk-1 is serving as an intelligence, surveillance and reconnaissance (ISR) asset for the Turkish Armed Forces’ (TSK).

TAI, Roketsan, TÜBİTAK and TR Teknoloji had contributed to the Göktürk-1 in various capacities. As per Leonardo, these included sourcing some of the satellite’s payload structure, telecommand and telemetry ciphering devices and constructing a local assembly, integration and test centre (AITC).

The TÜRKSAT-6A’s military application will be fulfilled by its two X-band transponders, which are to come from Canada’s MacDonald, Dettwiler and Associates Ltd. (MDA) under a $30 million CAD contract signed in April 2014. Turkey is already in the process of producing satellite communications (SATCOM) terminals for its hardware, such as the TAI Anka-S unmanned aerial vehicle (UAV) (among others). Istanbul-based CTECH Bilişim Teknolojileri A.Ş. is the principal supplier of SATCOM terminals, among them the recently unveiled Airborne Satellite Terminal and Beyond Line-of-Sight (BLOS) Terminal. In addition to the domestic market, CTECH is also marketing its products for export, among them Pakistan.