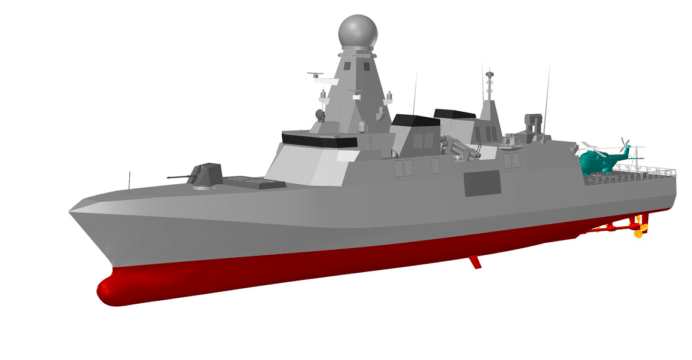 Qatar had negotiated the purchase in June 2016. Italian shipbuilder Fincantieri is the principal shipbuilder, but Qatar’s ships will also be equipped with electronics and armaments from Leonardo and MBDA, respectively. The latter two firms are to receive a $1.13 billion contract to fit the new ships. The complete naval program also includes 15 years of after-sale maintenance and support work.

Like Qatar Emiri Army and Qatari Emiri Air Force, the Qatari Emiri Naval Forces (QENF)’s modernization-track is steered towards both qualitative improvements as well as capability and quantitative expansion. The QENF’s present fleet comprises of fast attack craft and patrol boats meant for guarding its littoral seas and policing its exclusive economic zone. However, its future fleet will not only augment its patrol force (through two new OPVs), the four corvettes will provide a vastly changed warfighting capability.

Qatar’s forthcoming corvettes will be multi-mission combatants capable of anti-ship warfare (AShW), anti-air warfare (AAW) and anti-submarine warfare (ASW). With a hull length of over 100 metres, Doha intends to configure the corvettes with (likely) a Leonardo KRONOS (Naval or Grand Naval) active electronically-scanned array (AESA) radar paired with the MBDA Aster 30 Block-1 long-range surface-to-air missile (SAM), which has a range of in-excess of 100 km. Qatar is also procuring MICA-VL short-range SAMs which offer a range of 20 km, potentially to augment the Aster 30s on the corvettes and/or to equip the OPVs. The AShW element will center on the 180 km-range Exocet MM40 Block-3 anti-ship missiles (AShM).

The LPD is expected to be a variant of the 9,000-ton LPD Fincantieri had built for the Algerian Navy, the Kalaat Beni-Abbes. The Kalaat Beni-Abbes has a crew of 160 and can ferry 400 soldiers, 15 main battle tanks or 30 light-armoured vehicles with three medium-weight utility helicopters on its flight deck. This LPD will provide Qatar with an expeditionary element that it can apply for humanitarian and disaster relief and coalition support missions.