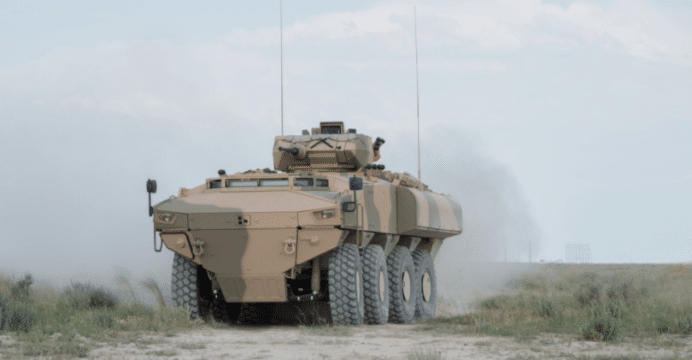 According to FNSS Savunma’s delivery announcement (via Twitter), Oman has 172 PARS III AFV on order.

In February 2016, FNSS announced that it secured a second export order (following Malaysia) for the PARS III. However, while FNSS had announced that the contract was in effect, it did not disclose the buyer, stating “The exact customer, vehicle types, total budget and additional details will remain confidential.”

In its recent announcement, FNSS did not disclose when it intends to complete the delivery to Oman.

According to FNSS, the PARS III 8×8’s “hull form, underbelly structure, base plates and … seats are designed to protect personnel against high-level mine threats.”

The PARS III was primarily designed for the export market. The launch customer was Malaysia, which has 247 AFVs on order from FNSS, which is co-producing the PARS III with the Malaysian company DRB-Hicom Defence Technologies (Deftech).

The PARS III 8×8 sold to Oman is also equipped with a FNSS Saber-25 power-operated turret, which offers “the latest technologies in turret drives, fire control, protection and lethality.”

The Saber-25 is armed with a 25-mm dual-feed automatic cannon and a 7.62 mm coaxial machine gun. It is also equipped with a laser rangefinder with a range of 8,000 m and fire control system.

FNSS Savunma Sistemleri A.Ş is a joint-venture between Nurol Holding (51%) and BAE Systems (49%). Nurol Holding also owns the auto-manufacturer Nurol Makina, which is a provider of light-armoured utility and mine-resistant ambush-protected (MRAP) vehicles.