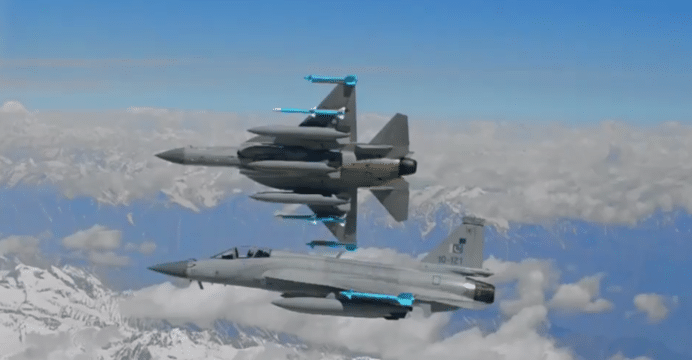 The Chairman of the Pakistani Senate’s Standing Committee on Defence Production, Khawaja Sohail Mansoor, reported that defence exports from Pakistan have grown to more than $98 million U.S. in fiscal year (FY) 2016-2017, a 55% increase from exports a decade ago in FY 2006-2007.

Specific inputs driving Pakistan’s defence exports for 2016-2017 were not disclosed. However, in the past two fiscal years, Pakistan Ordnance Factories (POF) and Pakistan Aeronautical Complex (PAC) had booked export orders in Asia, the Middle East and Africa.

POF, which is Pakistan’s principal small arms and ammunitions vendor, announced that it had secured sales worth $93.7 million in FY 2015-2016. Saudi Arabia was POF’s largest buyer. Besides the possibility of work for the Saudi contract continuing into FY 2016-2017, POF also signed a letter-of-understanding (LoU) with Italian ammunition maker Fiocchi to pursue the supply of POF brass to Fiocchi. Similar supply LoUs were signed with the Czechoslovak Group (CSG).

In partnership with the Aviation Industry Corporation of China (AVIC), POF inked a sale of 16 JF-17/FC-1 multi-role fighters to Myanmar in 2015. The first of these aircraft was seen flying in China earlier in June, indicating that PAC’s had undertaken its share of the manufacturing work for those aircraft – and exported those parts – in FY 2016-2017. Three JF-17s were also ordered by Nigeria in 2016.

PAC inked orders for its Super Mushshak trainer from Nigeria, Qatar and Turkey in 2016 (for 8, 10 and 52 aircraft, respectively), but it does not appear that deliveries were made for new-built aircraft in 2016-2017. However, PAC did deliver on-hand Super Mushshak trainers to Nigeria in December (these will be replaced by new-built units when complete).

Critical to this objective would be major increases in the sale of big-ticket equipment, most notably the JF-17 Thunder as well as complete systems manufactured by Heavy Industries Taxila (HIT) and Karachi Shipyard & Engineering Works (KSEW). Pakistan has struggled exporting the HIT al Khalid main battle tank (MBT) and maintaining sales momentum for HIT’s series of armoured personnel carriers (APC). However, the forthcoming al Khalid 2 MBT, which is envisaged to use a 1,500-hp diesel engine and exhibit noticeable improvements to its armour and electronics, could draw foreign interest.

Moreover, in the MoDP’s yearbook for 2015-2016, the Directorate General for Munitions Production (DGMP) of the Army and Navy commissioned the design and development of a light armoured vehicle and miniature submarine, respectively. Though driven by Pakistan’s domestic requirements, these systems could form the basis of competitively priced solutions for developing countries.

Pakistan may also begin actively tying its future big-ticket purchases to commercial offsets, which would involve the likes of PAC, POF, HIT and KSEW to function as parts and services suppliers for foreign original equipment manufacturers in Turkey, Ukraine and other countries. Indications of this are visible in the activities surrounding Turkish Aerospace Industries’ (TAI) efforts to sell its T129 ATAK attack helicopter to the Pakistan Army, with TAI offering PAC parts manufacturing and potentially even assembly work.