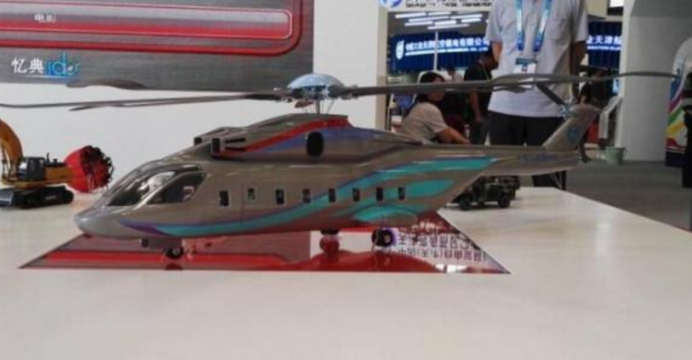 Rostec and AVIC aim to ink AHL helicopter program in 2017

Rostec and the Aviation Industry Corporation of China (AVIC) are aiming to ink the program development contract for the Advanced Heavy Lifter (AHL) helicopter in 2017.

This was announced by RostecŌĆÖs Director for International Cooperation and Regional Policy, Victor Kladov, at the 4th China-Russia Expo, which concluded on June 19th in Harbin, China.

Kladov confirmed that the AHLŌĆÖs conceptual design work is complete.

According to RostecŌĆÖs press release, the AHL will have a maximum take-off weight (MTOW) of 38.2 tons, service ceiling of 5,700 m, maximum speed of 300 km/h and range of 630 km. The AHL will be capable of lifting 10 tons internally and 15 tons using an external sling.

ChinaŌĆÖs interest in pursuing the AHL program is driven from the vital role the Mil Mi-26T-series had played in humanitarian and disaster relief (HADR) operations in China in 2008 and 2013.

The specifications and performance attributions of the AHL place it between the Boeing CH-47 Chinook (MTOW 22.6 tons) and Russian Helicopters Mil Mi-26T (56 tons). TodayŌĆÖs the heavy-lift helicopter market is split between the Chinook and Mi-26T, with the former wielding most users.

By leveraging ChinaŌĆÖs potential scale and existing industry infrastructure for helicopter manufacturing, the AHL could emerge as a competitive third option. As with the Airbus-AVIC Z-15, the AHL is primarily geared for civilian applications, such as HADR, medical evacuation and ferrying cargo.

The AHL would also contribute to ChinaŌĆÖs rise as a helicopter industry hub, not just for domestic vendors ŌĆō such as Harbin and Changhe Aircraft Industries Corporation (CAIC) ŌĆō but foreign manufacturers as well. AVIC leading partners in this respect are Airbus Helicopters and Safran Group, which have collaborated with AVIC to develop the Z-15 (H175) helicopter and Ardiden 3 (WZ-16) turboshaft engine, respectively. Airbus Helicopters will also assemble H135 lightweight utility helicopters in Qingdao, China.