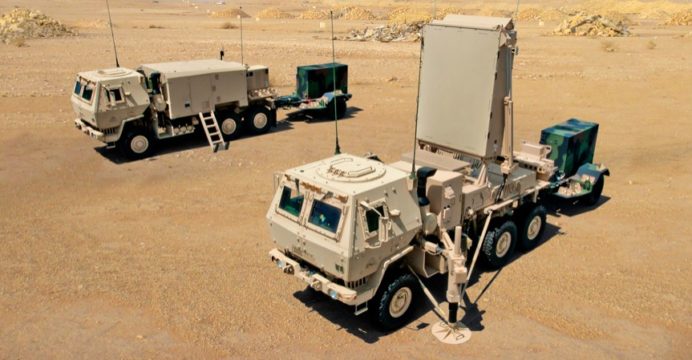 The DSCA states that the sale would enable Saudi Arabia to “support its border security requirements and modernize its armed forces with a more current capability to locate and counter the source of incoming ballistic artillery, rockets, and mortars.”

The Q-53 Counterfire Target Acquisition Radar (CTAR) enables the end-user to identify and track incoming rocket, artillery and mortar (RAM) fire. Once detected, the CTAR’s information can be passed to friendly firing units, such as artillery or armour, to provide accurate return fire.

The Q-53 can provide 360° and 90° coverage (the latter providing increased search range). As an AESA radar, the Q-53 also boasts a high level of defensibility against opposing electronic warfare (EW) jamming.

The U.S. Army has 95 Q-53s (of an initial 100 order) in service, and in March 2017, it placed a $1.6 billion indefinite-delivery and indefinite-quantity for additional systems and support packages.