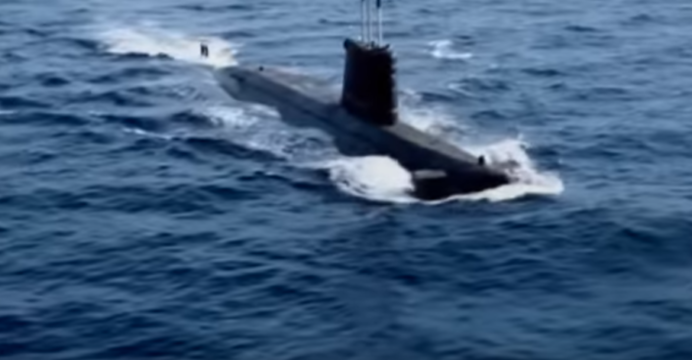 In its 2015-2016 yearbook, the Pakistan Ministry of Defence Production (MoDP) listed the development and construction of a miniature submarine as a target for 2016-2017.

The Cosmos MG110 displaces 119 tons submerged. It can carry eight special operation forces (SOF) divers and two swimmer delivery vehicles (SDV). The MG110s were bought in the 1980s to replace the SX404 mini-submarines, which had been deployed in 1971 against India.

According to MSI Turkish Defence Review, Pakistan and STM had studied the feasibility of upgrading the MG110s, but both sides concluded that this was not an affordable route.

Subsequently, STM proposed “designing a submarine platform from scratch,” which – if inked – would be considered a “different and strategic” collaborative effort between the two countries.

The MoDP listing the mini-SSK as a program could indicate that Pakistan is proceeding with STM’s offer. If so, this would be STM’s fourth naval project for Pakistan, following the Pakistan Navy Fleet Tanker, Agosta-90B submarine upgrade program and MILGEM Ada corvettes.

Until recently, STM’s naval designs have been surface ships of various kinds, such as frigates, corvettes, tankers and patrol boats. At the 2017 International Defence Industry Fair, which took place in Istanbul during May 9-12, STM showcased its design proposal – i.e. x-TS1700 – for the Turkish Navy’s National Submarine/Milli Denizaltı (MILDEN). STM seems to be building a sub-surface portfolio.

It is not known how Pakistan will configure its next-generation mini-submarine. Today, Pakistan uses its MG110s for SOF missions involving the Special Service Group Navy (SSGN), such as frogmen operations. It may also use them for laying mines and, as per some unverified reports, firing torpedoes. That said, Pakistan should be expected to retain a focus on SOF operations, which would prioritize deploying divers and SDVs.

New concepts, such as deploying unmanned underwater vehicles (UUV) for clearing mines or autonomous underwater vehicles (AUV) for surveillance, could be considered for this new design. It would be valuable for positioning these mini-submarines against asymmetrical threats.

It is unclear if the Pakistan Navy would require its new mini-submarines to carry torpedoes. Granted, the Pakistan Navy’s order for eight Hangor-class submarines indicates a plan to use submarines for anti-access and area denial in Pakistan’s littoral waters. Having many smaller submarines armed with heavyweight torpedoes lurk in coastal waters (with coastal anti-ship missile batteries) could deter amphibious landing attempts. However, this would be in the realm of a sub-1,000-ton coastal submarine more so than a miniature submarine.