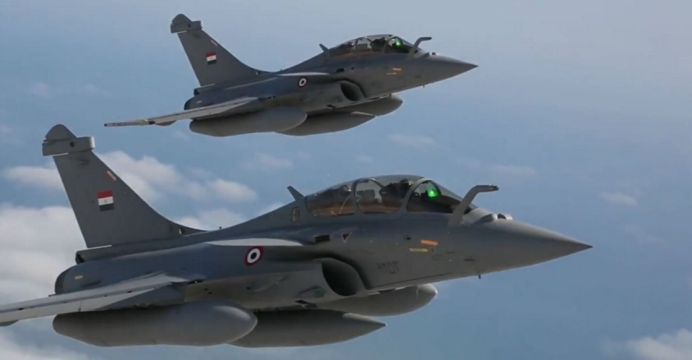 In an interview with the French newspaper Sud Ouest on May 15, Dassault CEO Eric Trappier said that the French defence aviation vendor is anticipating another sale for its Rafale multi-role fighter in 2018.

Trappier confirmed that Dassault is negotiating with Malaysia for 18 aircraft, affirming earlier rumours of the Rafale being the favoured candidate for the Royal Malaysian Air Force’s (RMAF) requirement for 18 next-generation multi-role fighters. These will replace the RMAF’s legacy MiG-29s.

He also revealed that there are talks with India for the sale of up to 57 Rafales for the Indian Navy, which is seeking a new fighter platform for its growing aircraft carrier force.

Dassault began securing export orders for the Rafale in 2015 with a sale of 24 aircraft to Egypt. This was followed up with sales of 24 and 36 aircraft to Qatar and India, respectively.

Paris’ competition for the RMAF fighter requirement includes BAE Systems and Saab, both of which are offering credit to entice the RMAF to select the Typhoon and Gripen, respectively.

This is a lucrative decade for the top-end fighter market. In 2016, Qatar and Kuwait secured access to the Boeing F-15QA and F/A-18E/F, respectively, and that too in addition to the Dassault Rafale and Eurofighter Typhoon, also respectively. Bahrain appears to be leaning on the F-16 Block-70/72.

India’s specialized needs – i.e. for carrier operations for the Indian Navy and single engine jet for the Indian Air Force – will amount to hefty multi-billion dollar packages. Belgium, Finland and Malaysia have open bids. If talks with Russia for the Su-35 do not come to fruition, Indonesia may also be a factor.

Despite the growing number of prospective buyers, the space is relatively flush with closely matched options, both in terms of capability and in cost. Suppliers, such as the Eurofighter Consortium, have begun to point to credit and cost-reduction schemes to draw contracts. Where industry capacities exist, such as in India and Brazil, suppliers have also extended transfer-of-technology and commercial offset benefits.