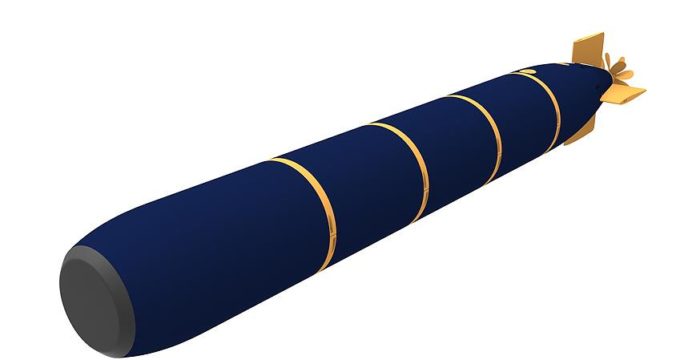 Turkish defence electronics vendor Aselsan will unveil its own lightweight anti-submarine warfare (ASW) torpedo at the forthcoming International Defence Industry Fair, which will be held in Istanbul in May.

As per the Turkish state-owned news agency Anadolu Agency, the new lightweight ASW torpedo appears to be derived from Aselsan TORK hard-kill torpedo countermeasure system. Aselsan has designed the ASW torpedo such that it can be deployable from aircraft and surface warships.

The provision of a lightweight ASW torpedo would complete Turkey’s domestically sourced ASW-systems supply channel. Aselsan is already marketing its own variable depth sonar (VDS), which can be integrated to frigates and corvettes. The VDS would provide early warning detection of sub-surface threats, which in turn would trigger an ASW engagement process.

For defensive measures, Aselsan is also offering the TORK hard-kill torpedo countermeasure system; the TORK deploys a hard-kill munition that would detonate near an incoming torpedo. The ZOKA decoy would be used to attempt spoofing and active acoustic jamming against incoming torpedoes. The HIZIR provides situational awareness through a torpedo detection array, towed array and acoustic jammer.

Turkey also appears to be making progress with the Atmaca anti-ship missile (AShM) program. An image of an Atmaca AShM test-firing was reported upon by Turkish media at the beginning of April. The Atmaca has a range of 200 km and payload of 200 kg. The Atmaca is powered by a TR-40 turbojet engine. Like the Boeing Harpoon and MBDA Exocet, the Atmaca is guided by a satellite navigation-aided inertial navigation system (INS/GPS). It has a terminal-stage active radar-guided seeker.

When the Atmaca AShM and lightweight ASW torpedo programs are complete, Turkey will have a strong munitions portfolio to connect with its onboard electronics and MILGEM ship platform. It is not known if these are being offered to near-term prospective customers, such as Pakistan, but it would be a valuable addition for later efforts.