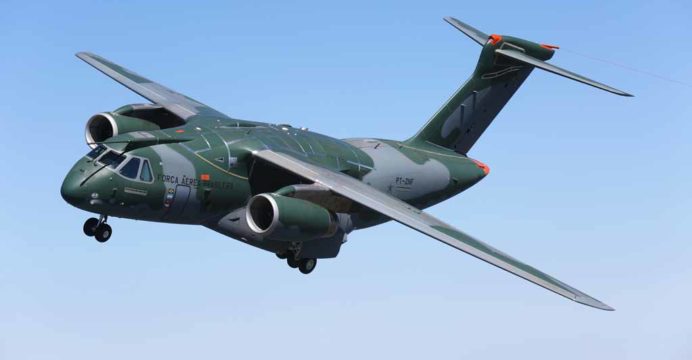 Brazil will offer a credit-line to overseas customers of its defence products. The announcement was made by the President of the National Bank for Economic and Social Development (BNDES), Maria Sílvia Bastos Marques, at LAAD 2017, which is taking place at Rio de Janeiro.

As per the Brazilian Ministry of Defence’s press release, current schemes are done on an ad hoc basis, but this formal mechanism will coordinate with each of Brazil’s ministries and will boost the competitiveness of the Brazilian defence industry. For example, there is a Defence Group in the Foreign Trade Chamber.

Under the program, customers could receive financing of up to 25 years with a five-year grace period. Loans could cover up to 100% of the value of the sale.

The Government of Brazil considered the provision of a formal line-of-credit system as a crucial factor for enhancing the country’s long-term viability in the global defence industry. The defence industry generates U.S. $64 billion in Brazil’s gross domestic product (GDP) activity.

Exports will enable the likes of Embraer to add new KC-390 and EMB-314 Super Tucano customers, which will enable the aerospace manufacturer to scale its research and development overhead for each of those platforms and add to its work-log (i.e. boost employment).

The Brazilian defence ministry has been using LAAD to establish formal contact and engage in bilateral meetings with its counterparts in South Africa, the Czech Republic and Colombia, among other countries.

In 2008, Pakistan purchased 100 Mectron MAR-1 anti-radiation missiles for $108 million. The sale involved a line-of-credit from the Brazilian government, albeit under the previous format.

It is likely that the new line-of-credit mechanism will be aimed at developing countries, with South Africa, East and Central Europe, the Middle East and North Africa figuring centrally in Brazil’s export drive.

Credit could prove valuable in Brazil’s efforts to market the KC-390, especially to cost-sensitive users of legacy Lockheed Martin C-130B/E transport aircraft. Likewise, financing could provide the Super Tucano with firm backing in the face of new entrants, such as the Turkish Aerospace Industries Hürkuş.