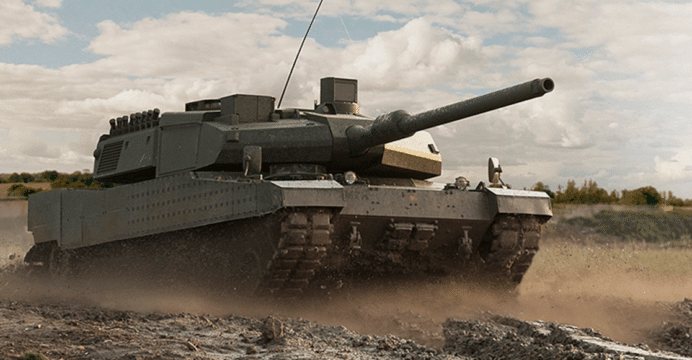 As per Otokar, the Altay main battle tank (MBT) met its qualification tests in February 2017 and is ready for serial production for the Turkish Army.

As per Serdar Görgüç, Otokar’s general manager (via Defense News), the Altay was put through endurance tests under strenuous conditions, including rough terrain, adverse climate or weather. The Altay MBT’s armour defensibility and survivability were also tested.

The Turkish Army is currently committed to procuring 250 Altay MBTs, which it aims to begin inducting in 2020. The Turkish Undersecretariat for Defence Industries (SSM) has yet to award the manufacturing contract. FNSS Savunma Sistemleri A.Ş. and BMC have been slotted as potential competitors.

Otokar is eager to secure the production contract. In fact, the company claims that it has the production capacity to both meet domestic demand and possible export orders.

In February 2017, Otokar secured a U.S. $661 million contract to supply an unspecified number of Arma 8×8 armoured fighting vehicles to the United Arab Emirates (UAE). These AFVs, designated Rabdan, will be co-produced by Al-Jasoor and Otokar in the UAE.

The head of SSM, İsmail Demir reportedly told the Turkish parliament in January 2016 that Saudi Arabia, several Arab Gulf states and Pakistan were interested in the Altay.

The SSM is also seeking a secure – and ideally domestic – supply channel for the Altay MBT’s powerplant. Currently, the Altay is powered by a 1,500 hp diesel engine supplied by the German engine manufacturer MTU Friedrichshafen GmbH, but the SSM has been working towards a locally-built alternative.

The SSM terminated its contract with Tümosan, which was originally responsible for the domestic engine, and is now in talks with Ukraine for an alternative solution.

The Altay was initiated in March 2007 under a $500 million contract between the SSM and Otokar.

A reliable source for propulsion will be vital to the Altay’s long-term viability and export potential. In fact, the Altay is among a handful of heavyweight NATO-grade MBTs on the market, and for some countries, such as Saudi Arabia and Pakistan, Turkey may be the most accessible source of Western technology.

It is not known if Pakistan is interested in the Altay, but Roketsan and Aselsan did offer support to Pakistan in armour and electronics technology, respectively. If not the Altay, then its subsystems could potentially make their way to the al-Khalid-series. Considering that the UAE is already an Otokar customer, the SSM and Otokar might aim to deepen their footprint in that country via the Altay.

Turkey’s engagement with Ukraine indicates a growth in collaboration between smaller and/or emerging defence exporters. If brought to fruition, these ties could reduce Turkey and Ukraine’s dependence on incumbent suppliers, especially in Western Europe. Second, Ukraine has seemingly become a major factor – at least in terms of propulsion – for at least two major defence powers, Turkey and Pakistan. Given Kiev’s struggles with supplying Oplot-M MBTs to Thailand in a timely manner, these past few months could fix the Ukrainian industry for a significant turnaround.