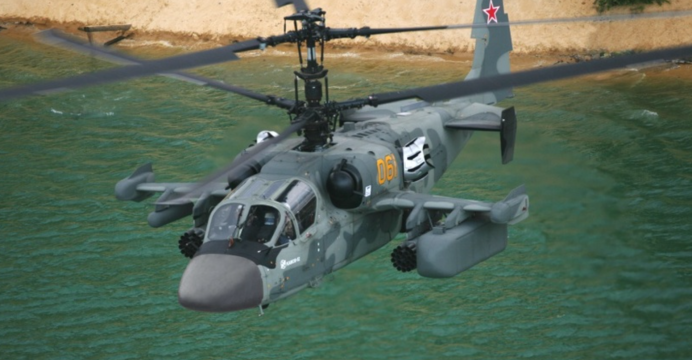 Egypt ordered 46 Ka-52K from Russia in December 2015 with the intent to operate them from their two newly acquired Gamal Abdel-Nasser-class landing helicopter docks (LHD). In September 2016, Egypt and Russia signed a training agreement, which will see Egyptian pilots train for the Ka-52K in Russia.

The Ka-52K is equipped with four hardpoints under its wings, which can take on laser-guided anti-tank missiles, rockets, air-to-air missiles, and laser-guided bombs. Powered by two VK-2500 turboshaft engines, the Ka-52K has a cruising speed of 260 km/h and a maximum speed of 300 km/h.  The Alligator has an operational range of 460 km and ferry range of 1,100 km.

Egypt is undergoing a significant defence modernization program, one that is generating improvements to its air force and navy. Russia is playing a central role in that respect, not only with the sizable Ka-52K order, but also with a U.S. $2 billion sale of MiG-29M/M2 (or MiG-35) multi-role fighters. Along with the Egyptian Navy’s new LHDs, the Ka-52Ks will provide Cairo with an attack-laden expeditionary arm.