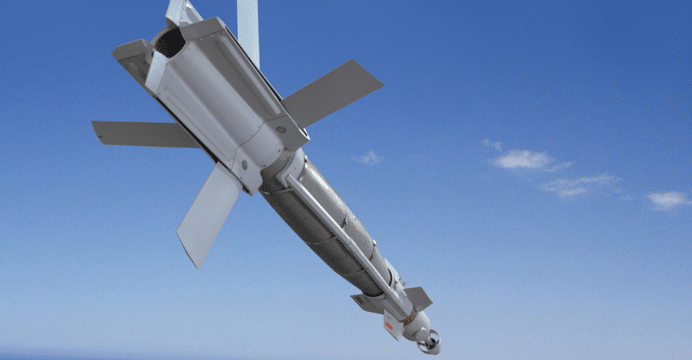 The Paragon is built with two guidance modes: satellite-aided inertial navigation system (GPS/INS) and semi-active laser-homing. With both modes in one munition, the Paragon can be deployed against fixed and moving targets and in all-weather conditions.

Like the Paveway, the Paragon is designed to fit onto MK-80 series general purpose bombs (GBP). The Paragon’s accuracy is set at lower than four metres circular error probable (CEP).

As a dual-mode weapon, the Paragon essentially binds the advantages of the JDAM and Paveway into one system. One would generally use the JDAM against fixed installations (and in adverse weather conditions), having it rely on GPS-based location data. The Paveway (with support of a laser-designator) would be used against moving targets. With the Paragon, air arms need not maintain two separate munition channels, rather, they can use one and provide mission planners and combat personnel with additional flexibility.

Besides Lockheed Martin, Turkey’s Roketsan is also offering a dual-mode INS/GPS and SALH bomb in the Teber. Currently, the Teber has been cleared for use from the MK-81 (250 lb) and MK-82 (500 lb). Roketsan claims that the Teber’s accuracy sits at less than 3 metres CEP.