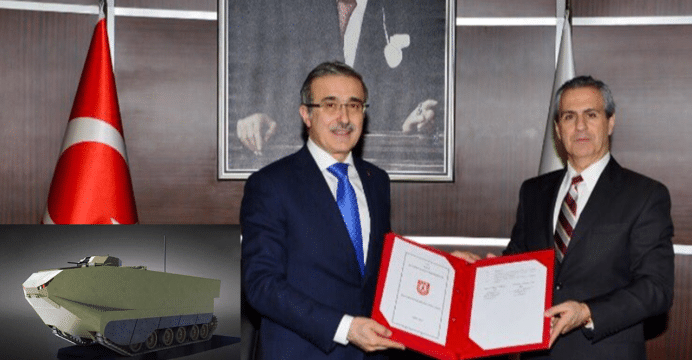 The contract was signed on 07 March and comprises of 23 armoured personnel carriers (APC), two rescue vehicles and two command vehicles.

As per the Milliyet, the ZAHA will be designed in accordance with Turkey’s indigenization policy, and thus, will draw exclusively from FNSS’ technology capabilities.

FNSS is a joint-venture between Nurol Holding and BAE Systems. FNSS is one of Turkey’s principal armour suppliers, rivaling Otokar and BMC. FNSS’ ACV-15, a distant descendant of the ubiquitous M113, is among the Turkish Army’s mainstay APCs. It has been exported to several other countries in the Middle East and Southeast Asia as well. FNSS is also collaborating with Indonesia’s PT Pindad on the developing of the Modern Medium Weight Tank (MMWT).