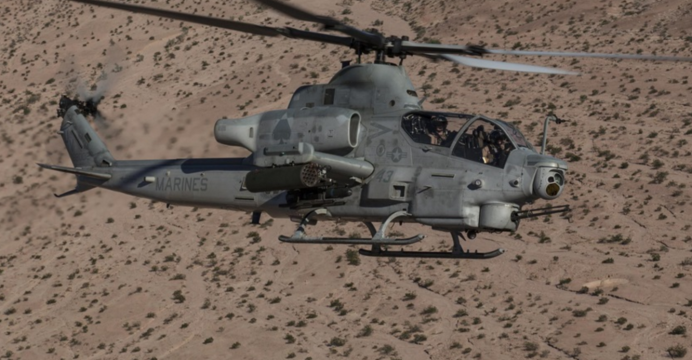 As per aviation journalist Alan Warnes, an initial batch of three helicopters will be delivered in 2017, while the next nine are scheduled for 2018.

The U.S. approved the sale of 15 AH-1Z to Pakistan in April 2015. Under the US $952 million contract, the Pakistan Army was to receive the aircraft with a training, logistics and maintenance support package as well as 1,000 AGM-114R Hellfire II laser-guided air-to-surface missiles.

Pakistan began ordering its AH-1Z in August 2015 (with an initial order of two or three), with another nine ordered in April 2016. Considering that the approved sales agreement did not outline options, it is possible – if not likely – that Pakistan will order the remaining three in a later tranche.

As part of its attack helicopter fleet modernization plans, the Pakistan Army is also procuring four Mil Mi-35M assault helicopters from Russia. These helicopters are expected to be delivered in 2017, and the PAA may procure an additional 16 over the long-term.

The PAA is also examining the Turkish Aerospace Industries (TAI) T-129 and Changhe Aircraft Industries Corporation (CAIC) Z-10, one of which may be selected to complement the AH-1Z.

Although the U.S. and Pakistan maintain a precarious defence relationship, Pakistan’s counterinsurgency (COIN) efforts in the region have resulted in the transfer of sophisticated big-ticket arms from the U.S. The AH-1Zs are being sold under that directive. If U.S. military aid to Pakistan continues, it is possible that Pakistan will seek to expand its AH-1Z fleet. The Cobra millimeter wave radar system could also be of great interest to the PAA.