Estonia pairs up with Finland for K9 Thunder howitzer
February 17, 2020 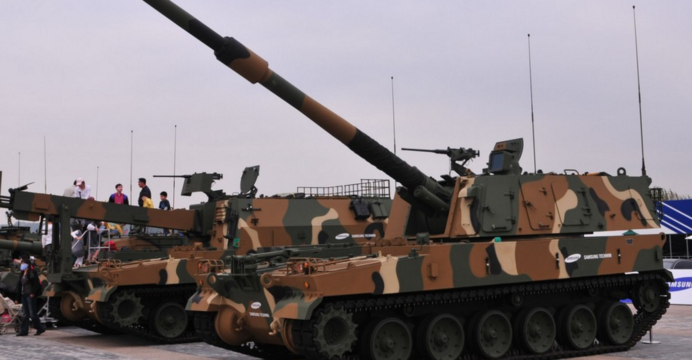 Estonia pairs up with Finland for K9 Thunder howitzer

Citing increased concerns of nearby Russian activity, Estonia will enter talks for at least 12 K9s. Its decision comes after Finland’s proposal for joint-procurement, which reportedly occurred in December 2016.

Seoul commissioned the K9’s development in 1989 and had begun testing the system in 1996. The K9 entered service with the Republic of Korea Army in 1999.

The K9 is armed with a 52-calibre gun capable of firing normal rounds up to 30 km, and extended-range projectiles to 42 km. It is supported by the K10 ammunition re-supply vehicle, which uses the same vehicle platform as the K9.

A variant of the K9 is also manufactured in Turkey as the T-155 Firtina. In August 2016, the Indian Ministry of Defence cleared the purchase of a domestically built version of the K9 Thunder known as the K-9 Vajra (offered by Larsen & Toubro).

South Korea has been eager to enter the European defence market. The K9 Thunder sales to Finland and Estonia, which could amount to several dozen units in total, could provide Seoul a stepping stone to build upon with additional defence hardware sales.

A key attribute benefitting the South Korean defence industry are domestic orders, which not only provide scale to distribute development overhead, but also instigate the development of defence systems (and ensure their fruition). In turn, South Korean arms have the potential to be affordable with maintenance, support and upgrades available into the long-term. This should bode well with countries encumbered with austere defence spending or cost-sensitivity.

Affordability aside, South Korea may also be able to compete on offering alternatives. For example, the Cheolmae-2/Cheongung surface-to-air missile (SAM) system is among a handful of modern medium-range naval anti-air warfare (AAW) solutions, competing with only Raytheon, MBDA, and Rafael. Shipbuilders, be it incumbents in Western Europe or emergent ones in Turkey and South Korea, have an alternate AAW solution to offer prospective customers that may not be able to procure Western or Israeli systems.