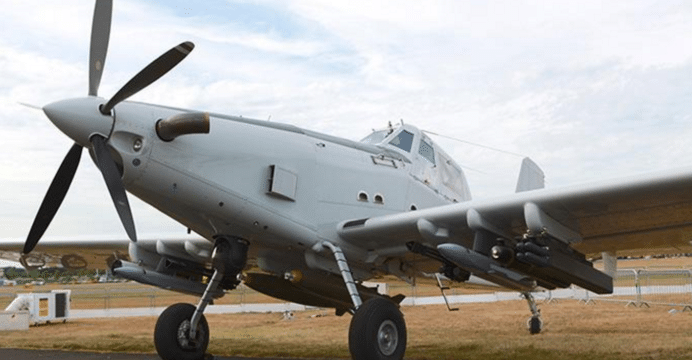 The U.S. State Department has approved a USD $418 million sale of 12 Air Tractor AT-802L and 2 AT-504 trainers alongside a maintenance, logistics, and weapons package to Kenya.

The DSCA notes that the AT-802Ls will ‘supplement’ Kenya’s legacy Northrop F-5E Tiger II fleet, but the Air Tractor’s ability to take-off and land from short-field will enable Kenya to deploy these aircraft closer to its counterinsurgency (COIN) theatre.

The DSCA notice did not disclose the munitions Kenya’s AT-802Ls will use, but it did note that the aircraft will be “capable of using precision munitions.” Considering the COIN objective, Kenya’s AT-802Ls may be armed with laser-guided bombs and missiles, most notably the Paveway and Hellfire range.

In Sub-Saharan Africa, platforms such as the AT-802U have made considerable inroads among the region’s air arms, especially in the COIN and CAS profile. This has caused a measure of bifurcation in the combat aircraft industry with turboprop platforms seemingly drawing prospective entry-level fast-jet customers. However, the light attacker space is also becoming increasingly saturated, with present players – i.e. Air Tractor and Embraer – poised to potentially meet Paramount Group and Turkish Aerospace Industries with the Mwari and Hürkuş C, respectively.