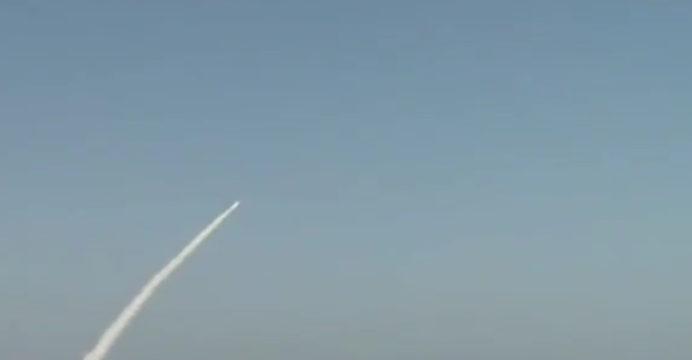 As per ISPR, the test was conducted from “an underwater, mobile platform.”

The Babur-3 SLCM possesses a range of 450 km and relies on an “underwater controlled propulsion” system. The Babur-3 utilizes an “advanced” guidance suite comprising of “Global Navigation, Terrain and Scene Matching Systems.”

ISPR states that the Babur-3 is the SLCM variant of the Babur-2, a ground-launched cruise missile (GLCM) that was tested on Wednesday, 14 December 2016. Like the Babur-2, the Babur-3 is capable of “terrain hugging and sea-skimming flight capabilities to evade hostile radars and air defences.”

ISPR has heralded the Babur-3 for imbuing Pakistan with “a credible second-strike capability” as well as “augmenting” Pakistan’s deterrence posture.

The introduction of a SLCM was one of Pakistan’s expected deterrence efforts, though its introduction prior to the delivery of the Hangor-class air-independent propulsion (AIP) submarines (SSP) was surprising. It had been assumed that the submarines were procured from China because it would have been the simplest method to introduce a sea-based deterrence system, but it now appears that Pakistan sought the capability in accordance with its existing assets, such as the Khalid-class (i.e. Agosta 90B) SSP.

It is not clear at this stage if this specific Babur-3 test was conducted from a submarine or another platform, such as a submerged pontoon.

The Babur-3 does possess a lower range than the Babur-2 (450 km vs. 700 km). The cause for the lower range can only be speculated upon. It is possible that compatibility with the Agosta 90B’s torpedo tubes required the Babur’s length to be reduced, and in turn, necessitated a smaller powerplant.

If this is an accurate understanding of the issue, then it is effectively tied to the design characteristics of Pakistan’s present submarines. It is possible that the Hangor-class SSPs will possess longer torpedo tubes, thus enabling the deployment of the 700 km Babur-2. However, there is no verified insight into the reason. Nonetheless, challenges of this nature could push Pakistan to further its research and development efforts in miniature air-breathing propulsion (for range extension).

The Babur-3 retains the TERCOM and DSMAC-based guidance suite of the Babur-2 and Babur, but ISPR noted that it also benefits from “global navigation” – suggesting that a satellite-navigation system is also in place. It is possible (in light of a likely wartime blackout of GPS) that this is made possible with BeiDou.

ISPR also noted that Babur-3 has a “land-attack mode”, suggesting that an alternate – i.e. anti-shipping – mode is also possible. The core Babur platform, especially in the Babur-2, was positioned as an anti-ship cruise missile (ASCM). However, enabling this capability would require a terminal active-homing seeker, be it active radar-homing or imaging infrared. It is also plausible that the revised 2×3 launcher onboard the fourth Azmat-class FAC is for the Babur-3.