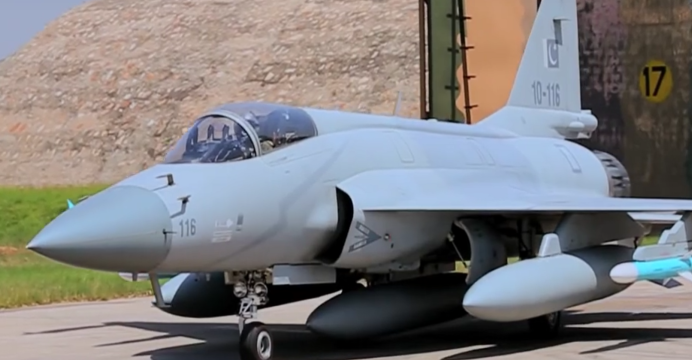 The JF-17 is jointly produced and marketed by Pakistan Aeronautical Complex (PAC) and the Aviation Industry Corporation of China. In December, PAC announced that it handed over 70 JF-17s to the Pakistan Air Force (PAF), the platform’s sole user, currently.

Although there have been multiple reports of Nigerian officials and state documents listing the purchase, this is first-hand confirmation from the Government of Nigeria.

For 2016, Nigeria has issued USD $15.88 million for the purchase. However, the proposed 2017 budget lists USD $68.76 million for “platform acquisitions … for counter air, counter surface, air ops for strategic effect and air support operations.”

It stands to reason that a portion of the proposed budget involves the JF-17s. While USD $68.76 million would be sufficient to pay for three JF-17s – and the requisite maintenance, logistics and training package – upfront, the budget likely includes other acquisitions.

For example, the NAF is building a fleet of 12 Mil Mi-35 air assault helicopters, and it is interested in adding the EMB-314 Super Tucano to bolster its close air support capabilities.

It is possible that the proposed 2017 budget allocates funds for the JF-17s in flyaway condition, meaning, the NAF will pay for and receive the fighter units, but will pay for the maintenance, logistics, and training in subsequent annually-paid terms as it operates the aircraft.