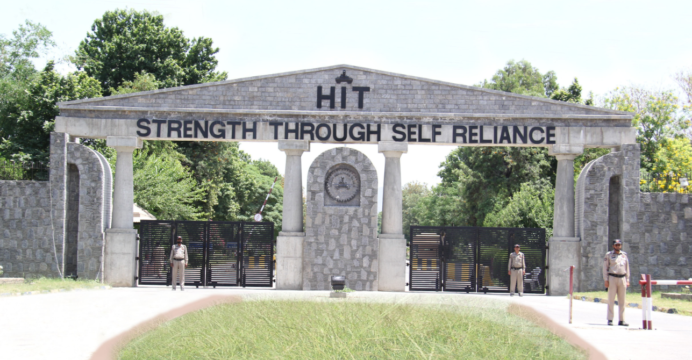 As per Radio Pakistan, the new Chairman of HIT was called upon by the Minister of Defence Production (MoDP), Mr. Rana Tanveer Hussain, on Monday 02 January.

HIT will be entering a significant phase of work for the Pakistan Army. The previous Chairman of HIT, Lt. Gen Syed Wajid Hussain, and the MoDP set the stage for armour collaboration with Ukraine. This was finalized through a USD $600 million memorandum-of-understanding (MoU) signed during the 2016 International Defence Exhibition and Seminar (IDEAS) in November, Pakistan’s biennially-held defence exhibition and tradeshow. With the Pakistan Army in talks with the Ukrainian Ministry of Defence over the prospect of additional areas of cooperation, the scope could grow further.

Besides this, other programs are also on the docket. During IDEAS, HIT also revealed an upgraded version of the Dragoon 4×4 wheeled armoured fighting vehicle (AFV). It is currently positioned to meet Pakistan’s internal security – specifically airport security – needs. Other programs, such as the al-Khalid 2, Haider, and 8×8 wheeled AFV, should also be gaining momentum moving forward.