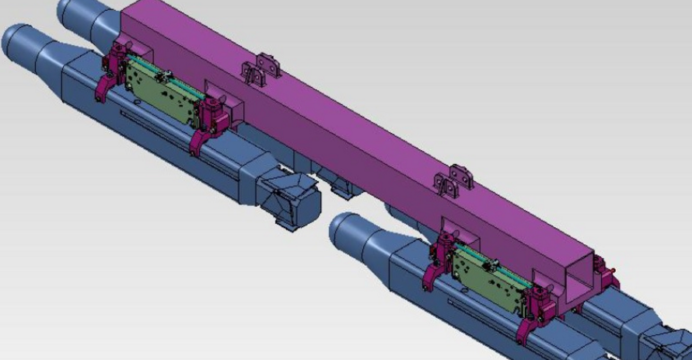 In the past week, the Defence Research and Development Organization (DRDO) tested its Smart Anti-Airfield Weapon (SAAW), a new air-to-surface precision-guided munition.

As per an official government press release, the DRDO SAAW is a 120 kg munition capable of a range of 100 km. The lightweight munition was tested from an Indian Air Force (IAF) Su-30MKI at the Integrated Test Range on 24 December, 2016 (IHS Jane’s).

In May, DRDO conduced a SAAW test from an IAF Jaguar DARIN-II attack aircraft (Economic Times).

The DRDO SAAW appears to be India’s analogue to the GBU-39 Small Diameter Bomb (SDB), a lightweight guided munition with similar weight and range profiles.

The DRDO SAAW will be a major piece of the IAF’s efforts to enhance its precision-strike capabilities.

The IAF is in the process of vastly upgrading its SEPECAT Jaguar attack aircraft, not just in terms of onboard electronics (including the addition active electronically-scanned array radars), but new turbofan engines (i.e. Honeywell F125IN) as well. This upgrade, designated Jaguar DARIN III, reached initial operational capability (IOC) in November 2016.

The SAAW will join the CBU-105 Sensor Fuzed Weapon (i.e. a guided sub-munitions dispenser) on the IAF Jaguar. This will make the Jaguar a strong asset for striking multiple targets in an area, which makes it a threat for industrial sites, shipyards, dockyards, and air fields, among others. The SAAW will reinforce this capability.