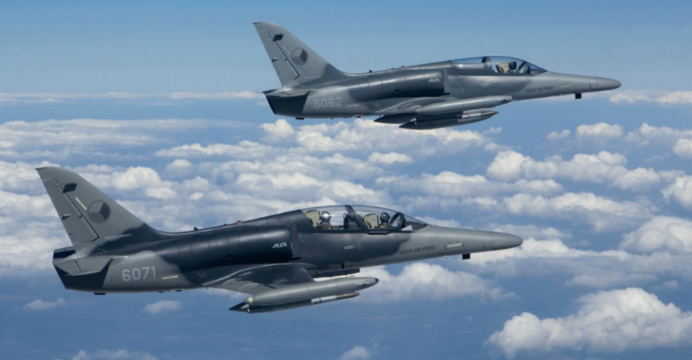 Czech aircraft manufacturer Aero Vodochody is eager to secure enough sales for its L-159 ‘Advanced Light Combat Aircraft’ (ALCA) such that it can revive the L-159’s production line.

In fact, Vrublová stated that Aero was in talks with its suppliers (e.g. Honeywell), so to be ready to re-start mass production “as soon as possible.”

“We believe that the L-159 project has a great potential. According to our analyses, the demand for light combat aircraft will increase in the next years and L-159 is very competitive in its category. Therefore, we are negotiating with suppliers of key aggregates to be prepared for possible launch of mass production.”

Aero Vodochody stopped producing the L-159 in 2003, but it restarted the production line in September of this year for a single unit meant for the Iraqi Air Force. That unit is almost complete.

Aero Vodochody began developing the L-159 ALCA in 1992 with the aim of fulfilling the Czech Air Force’s need for a lightweight multi-role fighter and advanced trainer. The L-159 had its maiden test flight in 1997 and the first Czech L-159 was delivered in 2000.

The L-159 has seen a surge of recent sales, not only from armed forces users such as Iraq, but also private companies offering training expertise and support, such as Draken International. In contrast to some lead-in-fighter-trainers (LIFT), such as the Korea Aerospace Industries (KAI) T-50, the L-159 is lighter

If Aero Vodochody succeeds in positioning the L-159 as a lower-cost platform, the L-159 could draw from interest from air forces that use lightweight fighter aircraft as mainstay assets. For these countries, the L-159 could be viewed as a suitable fighter-conversion system to bridge training and operational conversion.

In parallel to a potentially cost-competitive LIFT, the L-159 could also emerge as an affordable multi-role combat aircraft, particularly for prospective users in the developing world. Turboprop combat aircraft, such as the Embraer Super Tucano, have seen traction in this space, but the L-159 could see interest as a fast-jet alternative (with greater payload capacity as well). The L-159 is currently seeing counterinsurgency combat usage by the Iraqi Air Force.