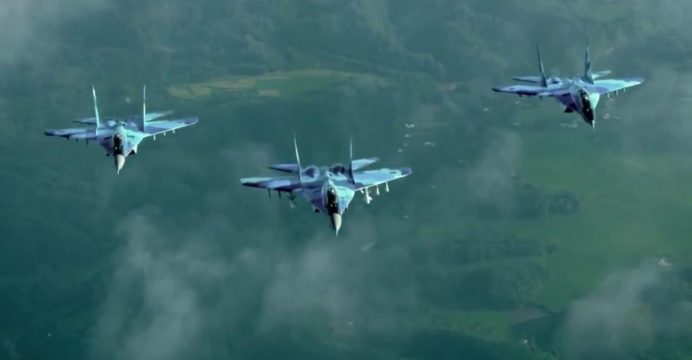 Bangladesh’s Minister of Law Anisul Huq informed the Bangladesh Parliament that the government will be procuring eight multi-role combat aircraft for the Bangladesh Air Force.

As per local news outlets, such as the Daily News, Mr. Huq noted that the fighter acquisition – alongside the procurement of six Mi-171Sh helicopters, two maritime search and rescue helicopters, one medium-range surface-to-air missile system, and one unmanned aerial vehicle system – will be made in the current fiscal year of 2016-2017.

Long-term, the Government of Bangladesh will procure additional multi-role fighters, a new medium-lift helicopter, and a mobile radar system.

It appears that the Government of Bangladesh has earmarked 2016-2017 for finalizing much-awaited modernization programs for the armed forces, especially the Bangladesh Air Force, which will see the procurement of multi-role fighter aircraft and enhancements to its integrated air defence system.

At the end of November, the Bangladesh Directorate General of Defence Purchases (DGDP) released an official tender for two anti-submarine warfare helicopters for the Bangladesh Navy.

In June, the Government of Bangladesh announced that it had increased the defence budget for 2016-2017 to $2.8 billion U.S. – i.e. a 7% increase from 2015-2016 (IHS Jane’s). At the time, the Dhaka Tribune added that the government would seek financing options from China and Russia to move forward with big-ticket arms acquisitions.