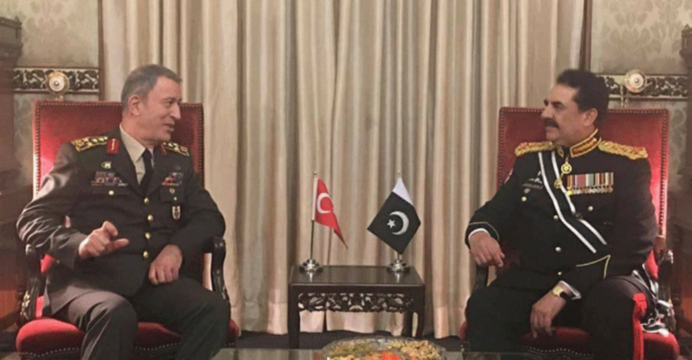 The Turkish defence industry will have a significant presence at the 2016 International Defence Exhibition and Seminar (IDEAS), which will begin on Tuesday, 22 November. In fact, the IDEAS 2016 exhibitors list suggests that Turkey’s presence will be second only to China in terms of overseas suppliers.

Not only does Turkey see a market for its defence hardware and services in Pakistan, but considering the relative stability of Turkish-Pakistani defence ties, Pakistan itself appears to be receptive.

In June, the Pakistan Navy awarded the program to upgrade its three Agosta 90B submarines to Savunma Teknolojileri Mühendislik ve Ticaret A.Ş. (STM). Aselsan is one of the subsystem vendors involved in the Agosta 90B upgrade program. STM is also in talks with Pakistan over the prospect of selling four surface warships based on the STM Ada-class corvette. Turkish Aerospace Industries (TAI) had marketed the T-129 attack helicopter, Anka unmanned aerial vehicle, and Hürkuş trainer to Pakistan.

Besides viewing Pakistan as a market, Turkey has also taken steps to connect with the Pakistani defence industry. For example, the Turkish Ministry of Defence is to sign a Memorandum of Understanding with Pakistan Aeronautical Complex during IDEAS.