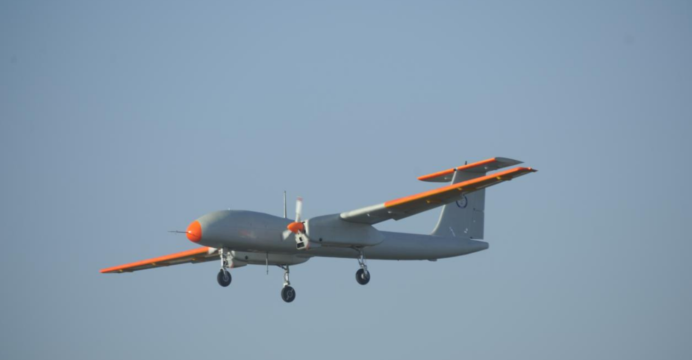 As per DRDO, the RUSTOM-II has an endurance of 24 hours and will positioned as an intelligence, surveillance and reconnaissance (ISR) platform. The 1.8-ton drone has a maximum payload capacity of 350 kg. Planned payload options include an electro-optical pod, synthetic aperture radar, and electronic support measures systems for communications and elecronic intelligence. DRDO’s Defence Electronics Application Laboratory also developed a data-link system for the RUSTOM-II.

According to Defense News, the RUSTOM-II will replace the Israel Aircraft Industries (IAI) Heron-1, which is currently one of the Indian Army and the Indian Air Force’s mainstay ISR UAV. In 2005, India reportedly inked a deal with IAI for 50 Heron-1 UAVs for $220 million U.S. In 2015, India opted to add 10 IAI Heron TP (also known as the Eitan), a MALE UAV design capable of carrying a 2,000-kg payload.