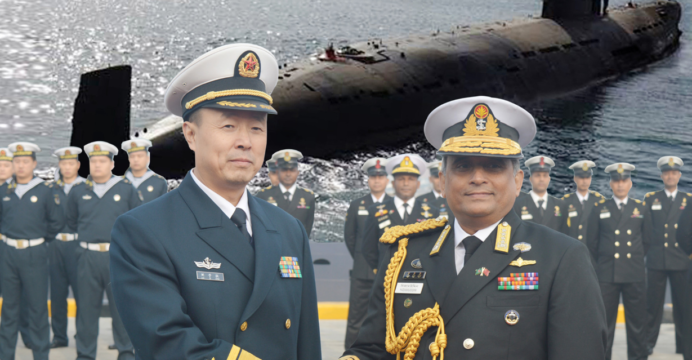 The Nabajatra-class can launch torpedoes and deploy mines.

The BNS Nabajatra and BNS Joyjatra will arrive in Bangladesh at the beginning of 2017.

The BNS Nabajatra and BNS Joyjatra are the Bangladesh Navy’s first submarines in its service history. Dhaka ordered the submarines in 2013 for $203.3 million U.S.

The Type 035G is a late-model variant of the Ming-class SSK, which had served as one of the People’s Liberation Army Navy (PLAN)’s mainstay conventional submarines until the late 1990s when the Type 039 Song-class was introduced (and subsequently joined by the Type 039A and Type 041 Yuan-class).

While not among China’s contemporary submarine designs, it is likely that the Bangladesh Navy opted for refurbished Ming-class SSKs as a low-cost means to acclimatize itself with submarine operations, not just in terms of crew training, but also in terms of developing a specific naval doctrine for sub-surface warfare.

It is reasonable to expect Bangladesh to commit to another submarine order in the long-term. The S20 – which is China Shipbuilding & Offshore International Corporation (CSOC)’s primary export design – could be an option. Pakistan recently signed a multi-billion-dollar deal for eight air-independent propulsion (AIP)-powered submarines. Thailand committed to buying three customized S20 – i.e. S26T – for $1 billion.