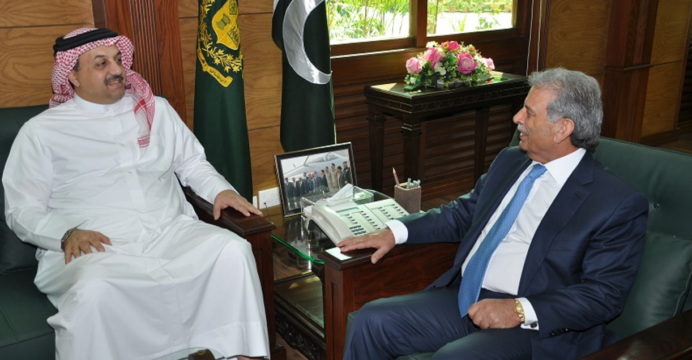 A high-level Qatari delegation led by the Minister of State for Defence Affairs Dr. Khalid ibn Mohammed al-Attiyah has echoed the Government of Pakistan’s call for strengthening defence ties between Doha and Islamabad (Associated Press of Pakistan).

The Associated Press of Pakistan reported that Minister al-Attiyah had “acknowledged” the potential for the two countries to engage in defence industry joint-ventures.

In a bid to formalize the two countries’ commitment to enhanced defence cooperation, the MoDP had urged his Qatari counterpart to establish the “Joint Commission for Defence Technical Cooperation” as well as draft a Memorandum of Understanding (MoU) to jointly cooperate in a range of areas, including the production of ordnance/munitions, tanks, aircraft, and maritime technologies (MoDP).

Pakistan’s desire to export big-ticket items of its own, such as the JF-17 Thunder, is not a secret. Reports have placed the JF-17 in the prospect pool for replacing Qatar’s aging Dassault-Dornier Alpha Jet lead-in fighter-trainers and ground attack aircraft. However, with Qatar’s access to a wide range of Western or Westernized options, such as the Korea Aerospace Industries (KAI) T-50 or FA-50 Golden Eagle, the JF-17’s prospect for securing a sale with Doha is low.

That said, the scope for cooperation is not inherently limited. The Pakistani MoDP’s language indicates that Qatar is interested in building a domestic defence industry (which would be natural considering that much of the region is already moving in that direction). In this respect, Doha’s interest in the same areas of interest to Pakistan – and Turkey – could lead to possible collaboration between these three countries. In turn, this could result in greater scale and wider distribution of development funding commitments. Granted, there is much to be decided and implemented before such relationship could have a reasonable chance of coming to fruition.